NEW YORK - A number of travelers and staff members say they are noticing that the number of homeless living inside JFK Airport in Queens is rising.

A flight attendant told FOX 5 NY that a popular destination for the homeless is the walkway between the air train and Terminal 5 because it is heated. On a cold winter’s day, you can find anywhere from 5-10 individuals taking shelter.

The staff believes that people are taking the subway to Jamaica Station, and then using the AirTrain to get inside the airport, which is a public place, meaning security can’t kick the unhoused out. 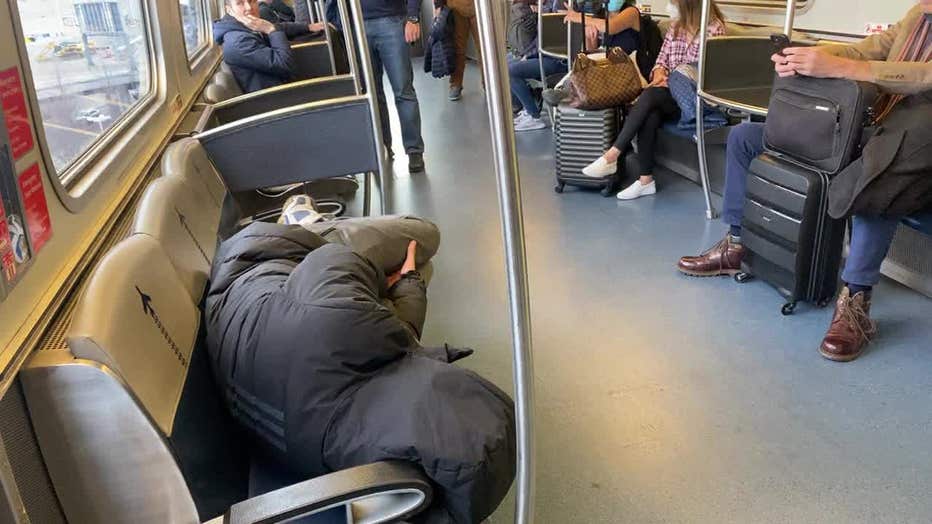 A person sleeps on the AirTrain at JFK Airport.

While some people said they don't feel unsafe by the presence of homeless people, some female flight attendants arriving and departing in the early or late hours said they feel unsafe every day.

Only when the homeless become violent can staff call Port Authority Police. The Port Authority tells FOX 5 NY that it coordinates with the non-profit group Urban Pathways, which is tasked with providing outreach and offers at-risk New Yorkers housing, services, and support. 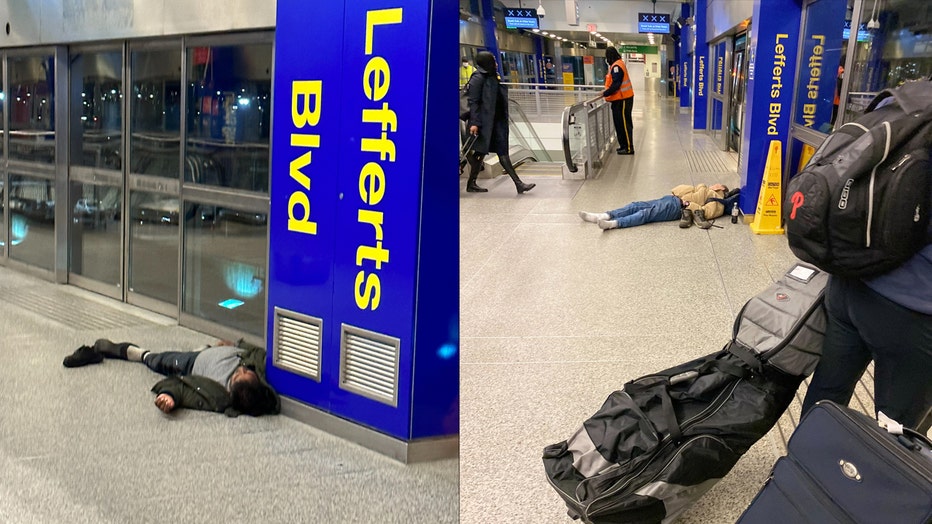 People sleep on the floor at JFK airport.

The Port Authority said in a statement: "Each day, there are multiple sweeps at each terminal to assess any resources that may be needed, and during night shifts, Urban Pathways is accompanied by PAPD during their terminal walk-through and inspections." But Urban Pathways was unable to share specifics or the organizations’ success rate. 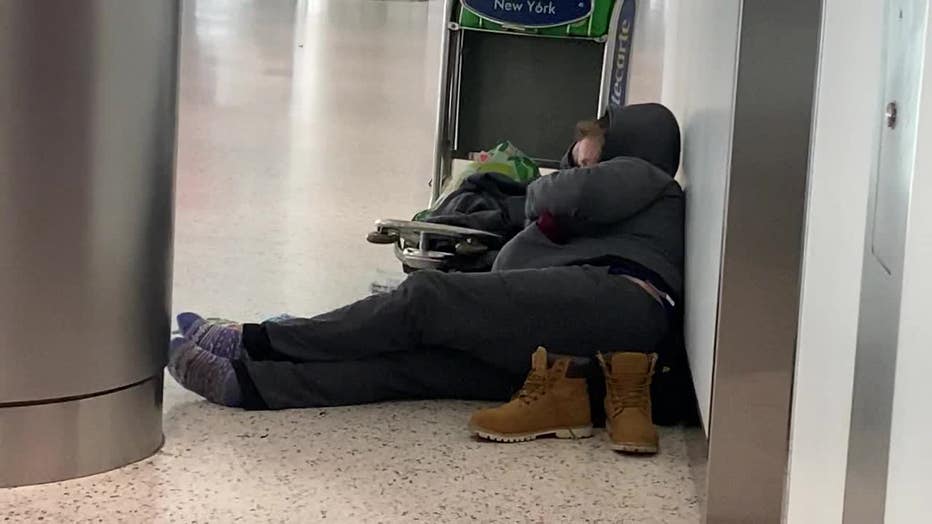 A person sleeps on the floor at JFK Airport.

For now, JFK Airport remains an option for the growing number of homeless in New York City. The number of unhoused single adults is now 117% higher than it was 10 years ago, according to the Coalition for the Homeless.

Urban Pathways provides services including, but not limited to, access to shelters, permanent placement, medical treatment referrals, and psychiatric assessments/treatment referrals. Urban Pathways provides two employees – a team leader and an outreach specialist – at the airport 24/7 and offers an additional Certified Alcohol and Substance Abuse Counselor 40 hours per week. 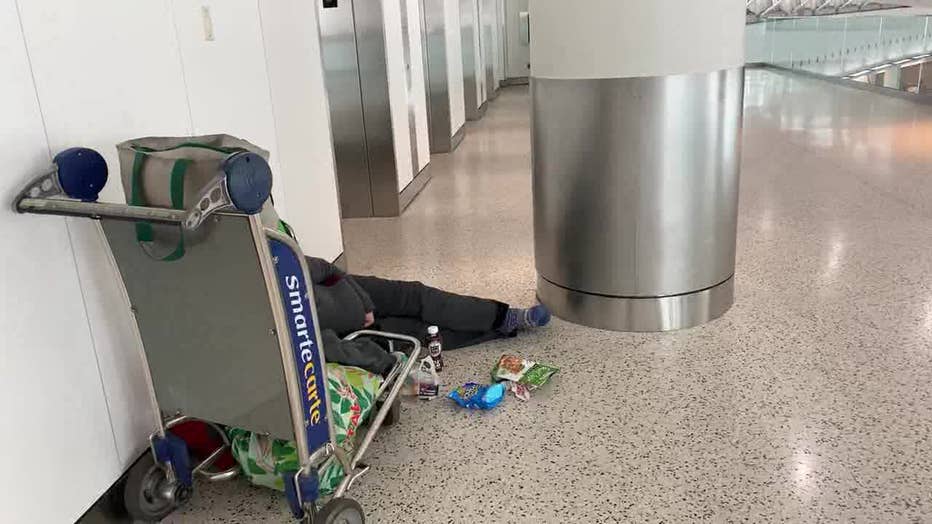 A person sleeps on the floor at JFK Airport.