Jerry Sheridan will face off against current MCSO Sheriff Paul Penzone in November. Sheridan served in the department for decades.

PHOENIX - The Associated Press is reporting that former Maricopa County Sheriff Joe Arpaio has lost his bid to return to the office.

Arpaio was one of three candidates in the GOP primary for the position. The other prominent candidate in the race was Jerry Sheridan, who was his former right-hand man.

According to figures from the Maricopa County Elections Department on August 7, Arpaio is in second place in the race, with 150,116 votes, 6,280 votes behind Sheridan, who has 156,396 votes. The third candidate, Mike Crawford, has 109,966 votes. 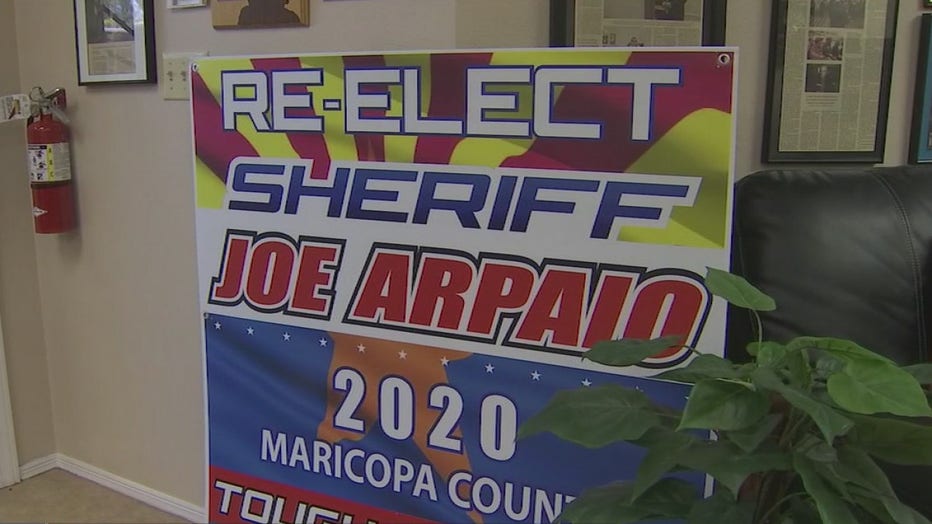 Had Arpaio won the GOP nomination for Maricopa County Sheriff, it would have set the stage for a rematch between him and incumbent Sheriff Paul Penzone. Now, the August 4, 2020 primary marks Arpaio's third electoral defeat in recent years.

Arpaio was ousted by voters as Maricopa County Sheriff in 2016. In addition to his 2016 loss, state figures show he came in third, behind Martha McSally and Kelli Ward, in the 2018 GOP Senate primary.

Arpaio based much of his campaign around his support of President Donald Trump. During his campaign, Arpaio vowed to bring back practices that the courts have either deemed illegal or his successor has ended, including his trademark immigration crackdowns and use of jail tents in the Arizona heat.

"When I go home tonight and look in the mirror, I can say I gave it everything. I gave it all," said Arpaio.

Arpaio known for long tenure, as well as controversies

Arpaio, 88, was Maricopa County's sheriff for 24 years, and became something of a celebrity sheriff during his time on the job. Fighting illegal immigration and drugs were his priorities, while Tent City (which has been closed down) and pink underwear became his personal stamp on crime.

Arpaio’s political liabilities have been piling up for years and include $147 million in taxpayer-funded legal costs, a failure to investigate more than 400 sex-crime complaints made to the sheriff’s office and launching criminal investigations against judges, politicians and others who were at odds with him.

In addition, Arpaio was accused of racially profiling Hispanics during immigration raids. He was eventually pardoned by Trump.

The Associated Press is reporting that Jerry Sheridan will face Democratic sheriff Paul Penzone in the November general election.

Sheridan began as 18-year-old volunteer, and he held many other positions within MCSO, shy of sheriff. In fact, Sheridan was even caught up in the same scandals as his former boss.

Now, Sheridan hopes he was able to separate and overcome the name recognition of a man he once called mentor and friend, this time, to do it his way.

“I’m not Joe Arpaio. I’m Jerry Sheridan, a 32-year veteran of the Sheriff's Office," said Sheridan, in a recent FOX 10 news report. "Hundreds of employees asked me to run. That’s why after 32 years and two years of retirement, I decided to throw my hat in the ring."

“As Sheriff of Maricopa County, I have removed politics and focused on restoring the Office to an ethical, professional, and transparent organization. I have been committed to a foundation of integrity, with an unwavering focus on public safety. Under my leadership, we have quietly made considerable strides in the federal court orders, we have reduced lawsuits and reckless costs to taxpayers while implementing innovative and effective enforcement tactics to target dangerous fugitives. We have rebuilt trust with all communities. These accomplishments are mere examples of the change and improvement that has taken place since the community overwhelmingly elected me to rebuild the Maricopa County Sheriff’s Office. The work is not yet done, but we are well on our way to building a law enforcement organization that represents Maricopa County values. With all that has been accomplished, the future is bright, and I am honored to lead this organization of exceptional men and women. I look forward to continuing to engage with voters from across Maricopa County as we head into the General Election and on to a second term.” 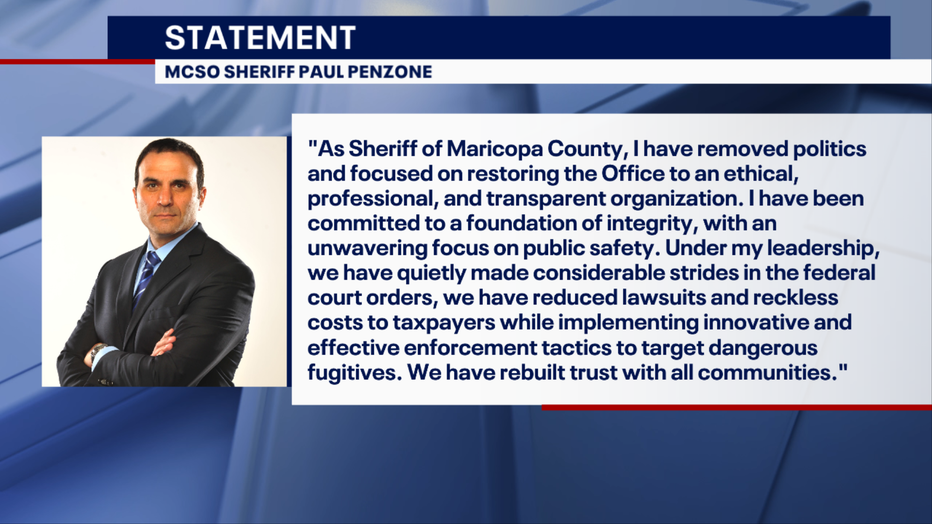 Mike O’Neil, a longtime Arizona pollster who has followed Arpaio’s career, said Arpaio remained in contention because he has strong name recognition and is still popular in some Republican circles — even though he was trounced in 2016 and finished third in the 2018 U.S. Senate primary.

“It’s no longer the large swell of people it once was, but there are folks who still get worked up over immigration,” O’Neil said.

O’Neil believed that Arpaio and Sheridan would both get “whooped” by the more low-profile Penzone in the November general election.

Arpaio lost by more than 6,200 votes in the Republican primary for Maricopa County sheriff to his former top aide, Jerry Sheridan.

The Associated Press (AP) contributed to this report