Beat Shazam is back for another new season on FOX

LOS ANGELES - Another high-energy, new season of "Beat Shazam" is heading to TV screens this week on FOX.

Hosted by Jamie Foxx and featuring his daughter, Corinne Foxx, the unique and interactive game show pits teams of two against the clock — and each other — as they try to identify the biggest hit songs of all time across many decades and a variety of genres.

"This season, we kind of upped the ante even more. There’s an episode where there’s a chance to win two million dollars, which I think is probably the most money you can win on television. It’s gotta be," Corinne, 27, told FOX Television stations.

Hosted by Jamie Foxx and featuring his daughter, Corinne Foxx, Beat Shazam is a unique and interactive game show which pits teams of two against the clock and each other as they try to identify the biggest hit songs of all time.

"That’s a lot of money. I’ve seen somebody win 100k, but to win two million dollars, I mean, that is beyond," Jamie, the award-winning movie star, singer and comedian added.

In the end, the team with the highest score will outlast the competition and go against Shazam, the world’s most popular song identification app, for the chance to win the big bucks.

"The best teams that come in have a bit of an age gap. I think that’s kind of a great way to go into the game. You got somebody who knows the young stuff, and you got somebody that maybe knows some of the older music," Corinne said. 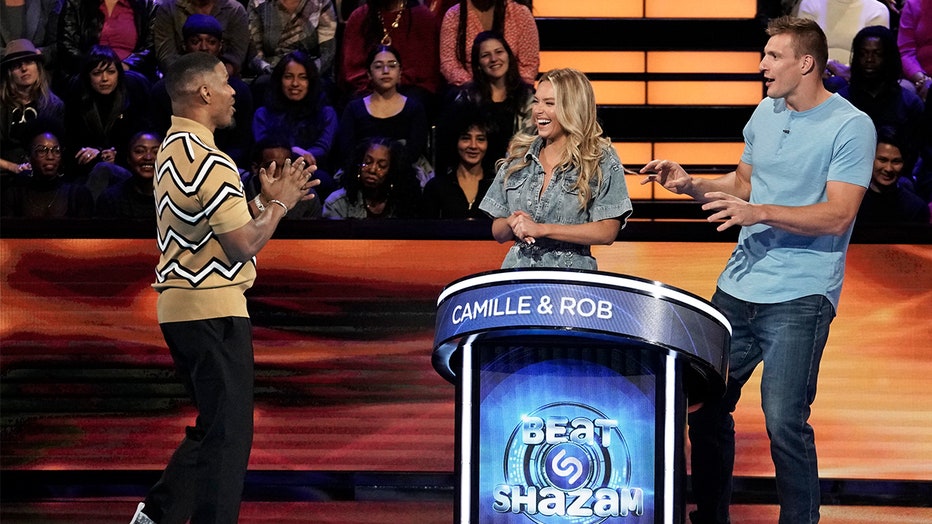 Corinne’s work as an actor, producer, activist and co-host of "Beat Shazam" illustrates her desire to follow in the footsteps of her famous father. She revealed she has learned about her dad’s work ethic and dedication while working with him on the show.

"My dad, he has a lot of energy in everyday life, to be his co-worker and to see the energy he brings to set and to see the dedication that he brings to his work," Corinne said. "Even when he takes a break in between filming, he’s still performing for the audience. He’s still giving everything and still putting on a great show. And I’ve learned a lot about work ethic and just showing up as your best self when you get to work."