The driver of a school bus loaded with children was arrested after he veered off the road and crashed the vehicle while driving impaired, according to&nbsp;police.

NEW YORK - The driver of a school bus loaded with children was arrested after he veered the bus off the road and crashed while driving impaired, according to police.

The shocking incident ocurred on Nov. 13 at about 8 a.m. in Washington County, Oregon, about 30 miles west of Portland.

Police shared two videos- one from inside the bus and the other from outside- of the crash.

There were 12 people inside including the driver, Johnathan Gates, 20, of Hilsboro, and a bus aide.

Gates, the aide and children are seen swaying as he loses control of the bus.

He finally brings it under control as children are heard scraming.

'I'm so sorry. I'm so sorry," says Gates as he holds is head in his hands.

The driver was arrested for DUI of a controlled substance. 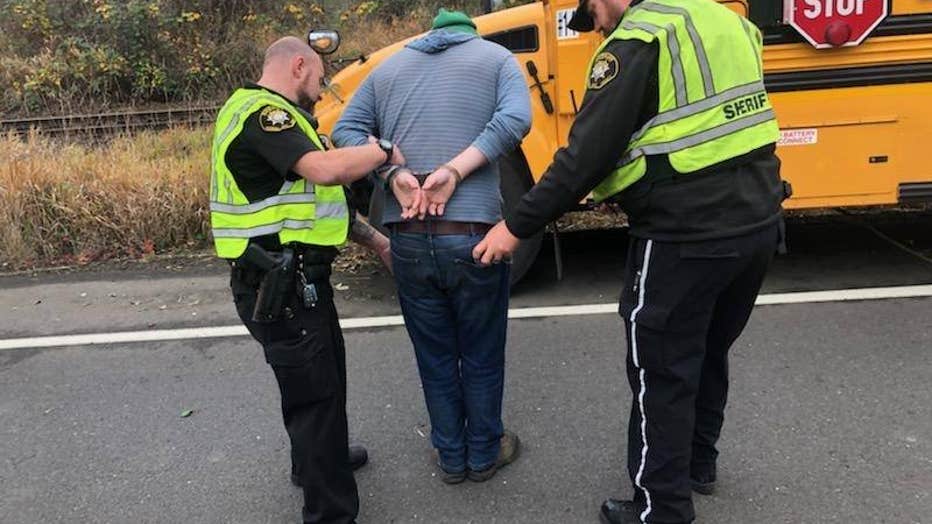 Jonathan C. Gates of Hillsboro, Oregon was charged with DUI.

He was expected to undergo a mandatory drug test and be placed on administrative leave.

The students were taken to their various local schools.

Gates had reportedly been driving the bus route for three days.