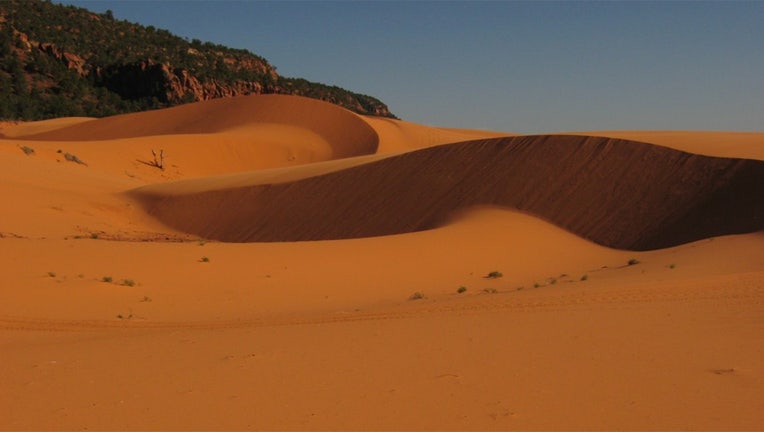 A Utah teenager is dead after being buried alive trying to dig a tunnel in a sand dune.

13-year-old Ian Spendlove of Santa Clara, Utah, had become trapped underneath the sand just outside the campground. Park rangers believe he had been digging a tunnel in the side of a sand dune when it unexpectedly collapsed with him inside.

A family member who witnessed the collapse notified nearby visitors and state park staff who immediately began digging to locate Spendlove. A State Park law enforcement ranger and deputies with the Kane County Sheriff’s Office arrived soon after with shovels to assist.

Spendlove was recovered about 25 minutes later 6-and-a-half-feet beneath the sand. First responders administered CPR until additional emergency personnel arrived. After confirming that Spendlove had a pulse, he was transported via Life Flight to St. George Regional Hospital and then to Primary Children’s Hospital in Salt Lake City.

The Utah Division of State Parks says the incident remains under investigation.

The park, located in southern Utah near the Arizona border, is filled with dunes from eroding sandstone.  It is popular with ATV riders.