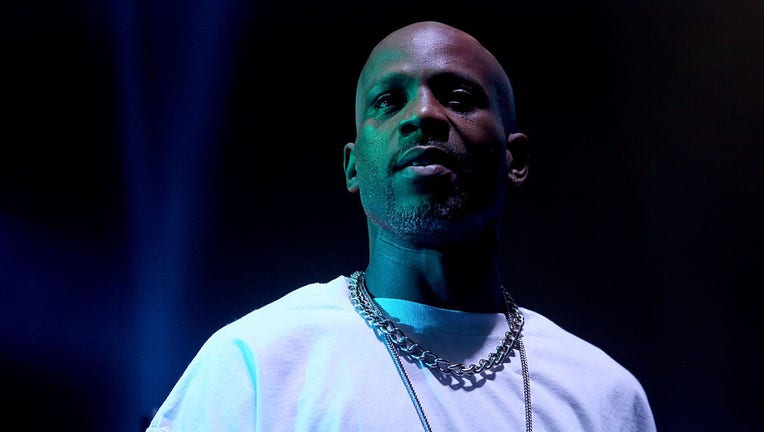 DMX performs at the 2015 Coachella Valley Music And Arts Festival at The Empire Polo Club on April 17, 2015 in Indio, California. (Photo by Mark Davis/Getty Images for Coachella)

NEW YORK - It's been an emotionally challenging time for the hip-hop world, losing three major artists within a period of two weeks: DMX, Black Rob and Shock G. Each took their last breath within days of each other.

Now fans are feeling the pain as the culture grapples with whether they were given enough credit, support and reward for their creativity while they were alive.

Hundreds of Ruff Ryders and thousands of fans turned out to pay tribute to DMX at the Barclays Center, while millions more watched live around the world.

The death of Earl "DMX" Simmons from catastrophic cardiac arrest at the age of 50 stunned nearly everyone, coming as it did at a time when his life, both personally and professionally, was going in a positive direction.

Still reeling from these losses, five days later, the body of Gregory "Shock G" Jacobs, famous for Digital Underground's hit the "Humpty Dance," was found in a Tampa hotel room.

"We have to celebrate them, celebrate their genius, celebrate their contributions, and really look at their lives as lives worth examining," said Chuck Creekmur, CEO and co-founder of allhiphop.com. "Each one of these individuals was special, each one a genius in their own way, they were all beloved."

Black Rob began as a Bad Boy artist from Harlem. His hit song 'Whoa' from 2000 is still a club anthem to this day. Like DMX, he was in group homes and on the streets as a youth. In recent years, he made a living touring, but the pandemic shutdown and his frail health ended his income stream.

Tragically, he passed away in a hospital bed without a home, just as friends were putting together an ongoing fund for his housing and health treatments.

Shock G skyrocketed to fame with Digital Underground’s fun hit 'Humpty Dance' and for having Tupac Shakur begin his career with the group as a backup dancer. His manager says he battled substance abuse issues most of his life, but the cause of his death is not believed to be criminal.

"Too feel sad is normal since these artists are like members of our extended family," said Dr. Jeff Gardere. "All of these gentlemen were music icons. Not only was their music and their artistry absolutely incredible, but they meant something to us personally, many memories things we’ve gone through in our lives, their music served as the soundtrack."

Hot 97 DJ and mix show coordinator DJ Enuff says this is a wake-up call for the music industry which needs to start valuing the human beings behind the hit songs we love and make sure their compensation can sustain healthy living.

"For all the fans, my thing is to gravitate to whatever it was that made you go to those guys in the first place and keep that feeling within yourself so you can keep on and keep your memories alive," said DJ Enuff.

Dr. Jeff Gardere says the best way to deal with any sadness is to celebrate the legacy, their music legacy.

We go in-depth with this on the next episode of Street Soldiers. I hope you’ll join us Friday night, right after the FOX 5 1'0 o’clock News.'