Hunt for suspect in Bronx gunfight

Police want to find the man who opened fire at another gunman outside Beatstro restaurant in the Bronx.

NEW YORK - The NYPD is asking for the public's help finding two men who opened fire at each other outside a hip-hop themed restaurant in the Mott Haven section of the Bronx.

The shooting took place outside of the outdoor dining area of Beatstro on Alexander Avenue took place at about 9:30 p.m. on Sept. 17, according to cops.

Police released a video of one of the gunmen.  He took off northbound on Alexander Avenue after the incident.

The first suspect is Hispanic, with a beard and eyeglasses; last seen wearing a red baseball cap, a black sweater, blue jeans, and black sneakers. 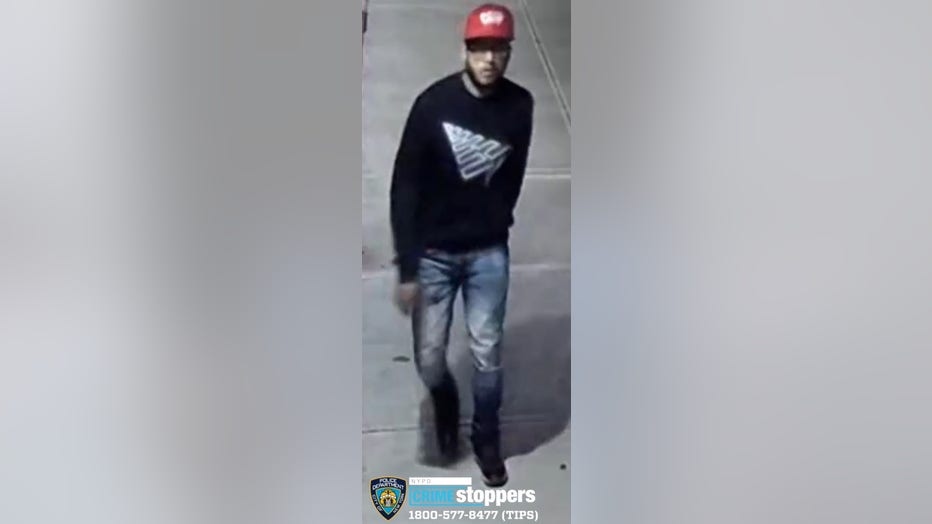 Police want to find the gunman who fired a weapon at another gunman outside Beatstro Restaurant in the Bronx. (NYPD)

There's no description provided for the second man.

Anyone with information is asked to call the NYPD's Crime Stoppers Hotline at 1-800-577-TIPS (8477).  The public can also submit their tips by logging onto the CrimeStoppers website at WWW.NYPDCRIMESTOPPERS.COM or on Twitter @NYPDTips. Police say that calls are strictly confidential.