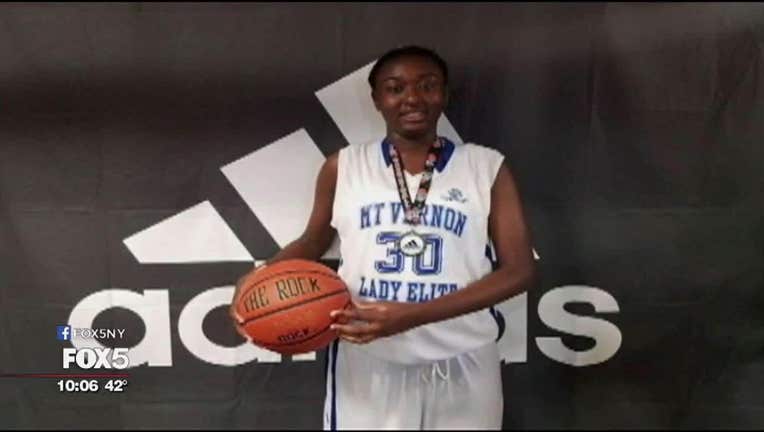 NEW YORK - A member of a New York street gang has been sentenced to 22 years in prison for his role in the killing of an innocent girl back on New Year's Eve in 2016.  He had faced up to life in prison.

Shamoya McKenzie was a passenger in a passing car in Mount Vernon when she was unintentionally shot in the head after being caught in the crossfire of a gang shooting.

Sincere Savoy was a member of the Goonie street gang.

Prosecutors say the Goonies were engaged in a long-standing and violent feud with several rival Mount Vernon street gangs, including the "Boss Playa Family," the "Get Money Gangstas," the "Gunnas," and the "Much Better Gang."

On December 31, 2016, Savoy and three other gang members attempted to murder a rival gang member in broad daylight by firing multiple shots at him in the area of Tecumseh Avenue and Third Street.  The rival gang member suffered gunshot wounds but survived.

One of the bullets, however, missed the intended target and hit 13-year-old Shamoya McKenzie, who was in the front passenger seat of a passing car, which was being driven by her mother.

McKenzie was an eighth-grader at Graham School in Mount Vernon.  She was on the school's basketball team.

Savoy was one of four gang members who pleaded guilty in connection with the murder.

Co-defendant David Hardy was sentenced to 31 years in prison for the murder and his participation in a 2012 shooting.

Co-defendants Marquis Collier and Jermaine Hughley were sentenced to 27 years in prison for their participation in the McKenzie murder and other Goonies gang crimes.

The four were involved in murders, robbery and other crimes as part of their drug ring, federal authorities said.

Family and friends mourn the loss of 13-year-old Shamoya McKenzie who was killed in crossfire during New Year’s Eve.