Family and friends of NYPD Transit Officer Arianna Reyes-Gomez are calling for justice and more attention to be paid to the rise in domestic violence after Reyes-Gomez was allegedly murdered by her estranged husband Argenis Baez.

NEW YORK - Funeral services have been announced for an NYPD Transit Officer Arianna Reyes-Gomez, 31, who was stabbed to death inside her Bronx home while she was off-duty.

A viewing service will be held Thursday from 10 a.m. to 1:30 p.m. at Riverdale Funeral Home, 5044 Broadway in the Inwood section of Manhattan, according to the NYC Police Benevolent Association.

A prayer service will be held from 1:30 p.m. to 2:30 p.m. at Riverdale Funeral Home following the viewing. 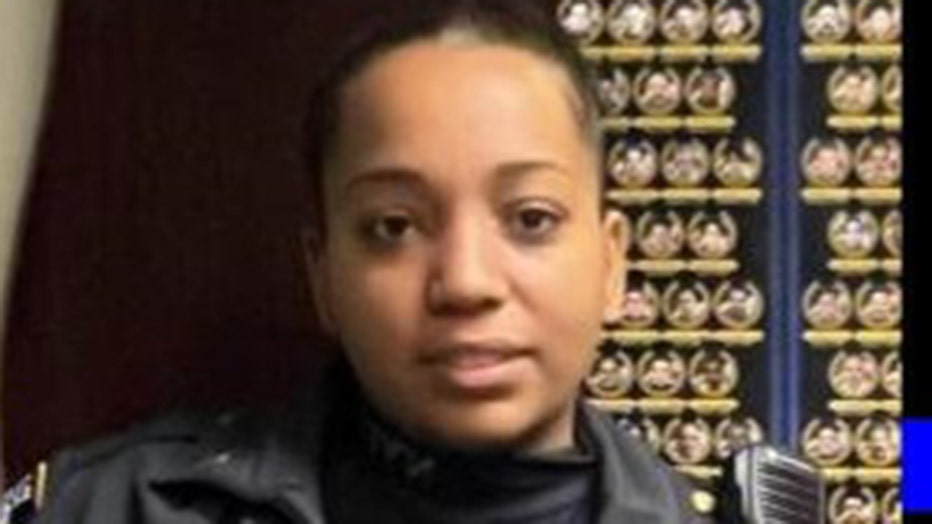 Cops responded to a 911 call at 2:50 a.m. about a woman stabbed inside an apartment on the first floor of 780 Grand Concourse. Officers found Reyes-Gomez with multiple stab wounds throughout her body, the NYPD said. EMS pronounced her dead.

Authorities charged Argenis Baez, 33, with murder, manslaughter, and criminal possession of a weapon, the NYPD said.

"We are horrified and heartbroken by the death of our @NYPDTransit sister in the Bronx this morning," the PBA tweeted. "We will remain with her family and her colleagues in support and prayer. We will see that justice is done in her name. #RIP"

The NYPD is investigating the stabbing death of an off-duty police officer. Arianna Reyes-Gomez was stabbed several times inside her apartment in the Bronx.