Man runs in attempt to break into apartment

A man is wanted for trying to break into a woman's apartment in the Bronx.

NEW YORK - Police released a frightening video of a man trying to break into a woman's apartment in the Concourse section of the Bronx.

The NYPD wants to find the suspect who followed the 50-year-old woman into her building at East 168th Street and Sherman Avenue at about 2 a.m. on Sept. 23.

The video shows the woman open her apartment door as the man comes running through the hallway. He reaches the door just as she slams it shut.

The suspect then turns around and leaves the area on foot, according to cops. 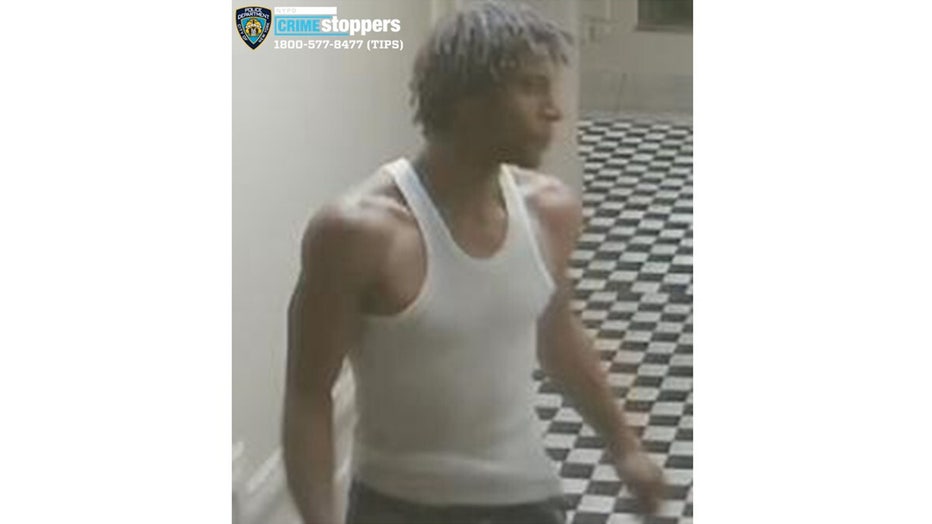 The NYPD wants to find this man who followed a woman into her apartment building in the Concourse section of the Bronx. (NYPD)

The NYPD released a photo of the suspect.

If you recognize him or know anything about the attempted break-in call the NYPD's Crime Stoppers Hotline at 1-800-577-TIPS (8477). You can also submit a tip by logging onto the Crime Stoppers website at https://crimestoppers.nypdonline.org/ or on Twitter @NYPDTips.