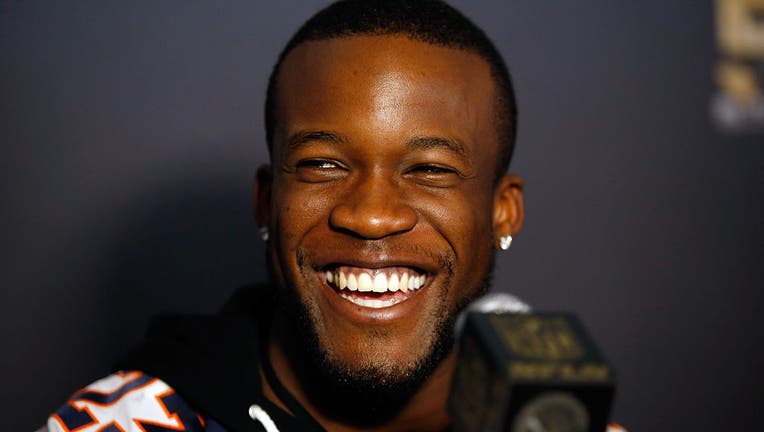 Ronnie Hillman #23 of the Denver Broncos speaks to the media during the Broncos media availability for Super Bowl 50 at the Stanford Marriott on February 4, 2016 in Santa Clara, California. Ezra Shaw/Getty Images.

The news of the former NFL running back's death was announced on his social media page, which was published by his family members, late Wednesday night.

In previous posts, also posted by the former La Habra star's family running the account, it was revealed that Hillman had been battling cancer and was placed in hospice care. The family revealed hours before Hillman's death announcement that treatment had not been successful and the family's priority was to make sure he would be out of pain.

Below is a statement released by the family on social media:

"It is with heavy hearts that we announce the passing of our beloved son, brother & father, Ronnie K Hillman Jr.

Ronnie quietly and peacefully transitioned  today in the company of his family and close friends.

We as the family,  appreciate the prayers and kind words that have already been expressed. We ask that you would give us time to process our feelings as we prepare to lay our precious RJ to rest.

More information will be forthcoming.

Following his time with the Broncos, Hillman briefly suited up for the Minnesota Vikings and the Chargers, who played in San Diego at the time.

Prior to being drafted by Denver in the 3rd round of the 2012 Draft, Hillman starred for the San Diego Aztecs.