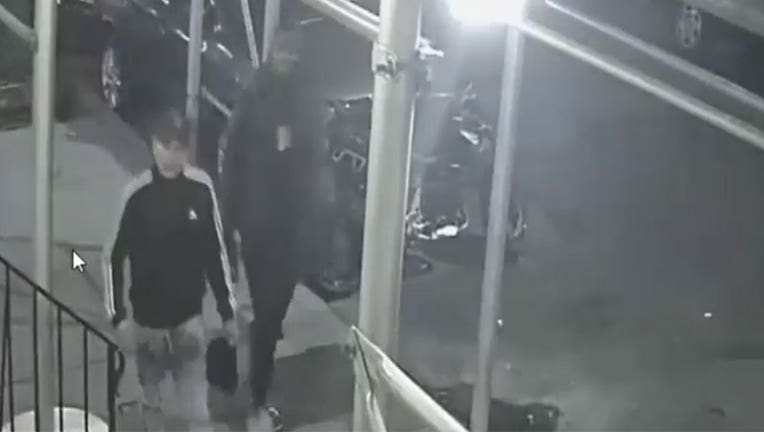 NEW YORK - Police in New York say a pair of armed robbers are holding up food delivery workers and stealing their electric bikes.

There have been at least eight incidents in Manhattan this month.

The incidents are similar.  The employee parks his electric bike to make a delivery.  The two men approach him.  One shows a handgun and then grab or forcibly take away the bike.

The incidents have taken place since Oct. 2, 2020, in Midtown and the Upper East Side.

In one incident the robbers only got the man's phone.  In another, the man didn't give up his bike and the robbers ran away empty-handed.  The bikes were worth $1,800 to $2,300.

None of the victims was hurt in the incidents.

The NYPD released images of the two men they are looking for in connection with the robberies.  They are believed to be between 20-30 years old.

Anyone with information is asked to call the NYPD's Crime Stoppers Hotline at 1-800-577-TIPS.  Police say all calls are confidential.