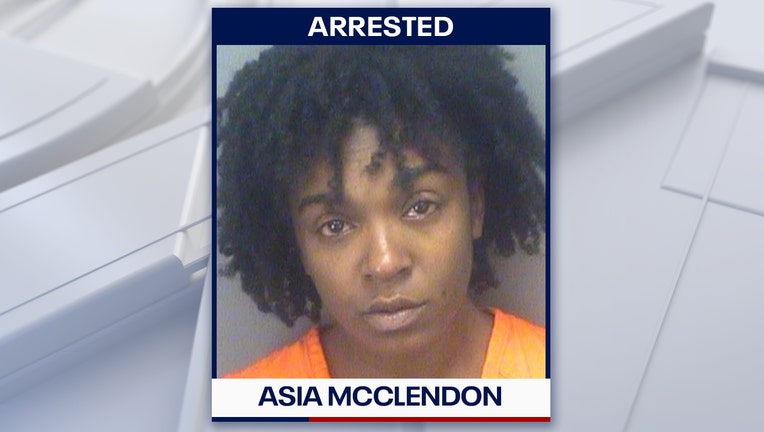 LARGO, Fla. - A St. Petersburg woman was arrested after police say she tore through a Largo Walmart on an electric shopping cart, damaging merchandise, slapping an employee and using profanity when staff asked her to leave.

According to an arrest report, Asia Sharee McClendon, 29, entered the Walmart on an electric shopping cart around 6:30 p.m. on Saturday.

Once inside the store, police say she began driving the cart into the displays, knocking merchandise off the shelves. When asked to leave the store, she is accused of cursing at staff members.

According to police, an employee followed McClendon around the store at a distance while on the phone with law enforcement.

Police say McClendon continued to verbally attack the employee and when they both reached the clothing section, she turned around, approached the associate, and used the palm of her hand to strike the victim on the face.

As they continued to walk down the aisle, McClendon turned around, lunged at the victim, and pushed him, according to the arrest report.

McClendon has been charged with battery and disorderly conduct.