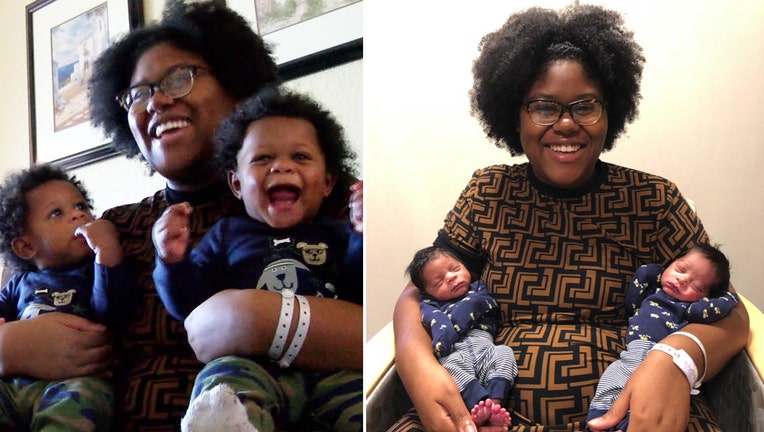 WEST PALM BEACH, Fla. - A mother in South Florida gave birth to not one, but two sets of twins in 2019.

Alexzandria Wolliston told WPTV she didn't even know twins ran in her family when she gave birth to Mark and Malakhi in March.

She did not plan on having any more children, but just two months later in May, she learned a second set of twins was on the way.

"I feel like I hit the twin lottery," Wolliston said.

She gave birth to Kaylen and Kaleb on Dec. 27. Recently, she learned both of her grandmothers lost twin boys at birth.

“I always say that I feel like my grandmothers gave me their kids because two sets of twins and their twins passed away,” Wolliston told WPTV. “I feel like they just sent them down for me.” year

She's now a mom to five children, and said her 3-year-old daughter helped prepare her for raising twins.

On Monday, Wolliston bought little Kaleb home from the NICU, and she hopes Kaylen will soon be released as well.