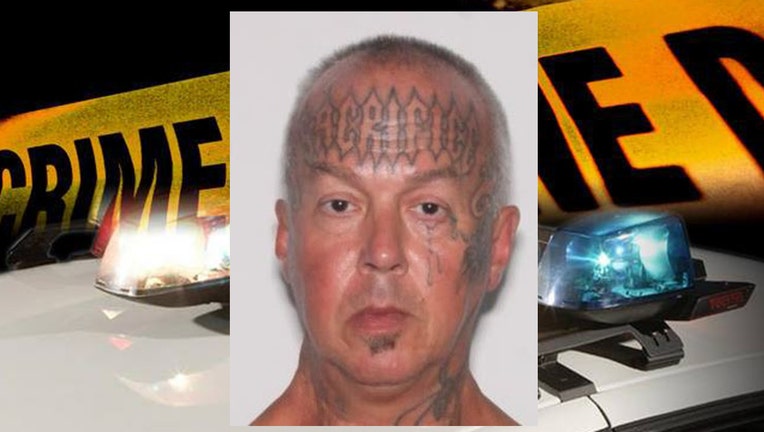 FLORIDA - Authorities in Florida are warning that a brutal rapist is on the run after allegedly raping and mutilating a woman.

The Orange County Sheriff's Office says that Bruce Whitehead, 54, attacked the woman off of Pine Hills Rd. near North Land on December 10, 2022.

The sheriff's office says that Whitehead had spent 20 years in prison for a rape and attempted murder in the 1980s.

He is now wanted for a new attack.  Whitehead allegedly drove with a woman to a 7-Eleven and then drove to another location, got out of the card, and ordered the woman out of the car while holding a knife to her throat.

Whitehead then attacked and raped the woman.  She survived and authorities did not specify how she was mutilated.

Whitehead then took off and is still on the loose. He has a large tattoo with the word Sacrifice on his forehead.

He also has several teardrop tattoos below his left eye.

In a Twitter post, the Orange County Sheriff's Office says, "His tattoos are unmistakable. If you spot him, call 911 immediately."