Cats could hold the answer to treating coronavirus

BRANDON, Fla. - In 2019, Tracy Kim lost both her parents. To help fill the void, she began fostering for a Brandon, Florida based cat rescue called A Kitten Place.

Kim said, "My first batch at fostering were three kittens about 5 weeks old. My job was to feed them, socialize them, and get them to 4 pounds and send them out for adoption, that didn't quite happen."

Within weeks, a kitten named Tony got sick and his belly began to swell. The veterinarian diagnosed him with FIP - feline infectious peritonitis, which is caused by a coronavirus that is unique to cats.

"When she gave me the diagnosis she handed me five vials, five syringes with some pain medicine and said, 'keep him calm, keep him comfortable, and bring him back when you want to euthanize him,'" Kim recalls.

Instead, Kim began treating Tony - and later a second kitten, Bella - with an experimental drug she buys on the black market from illegal manufacturers in China. 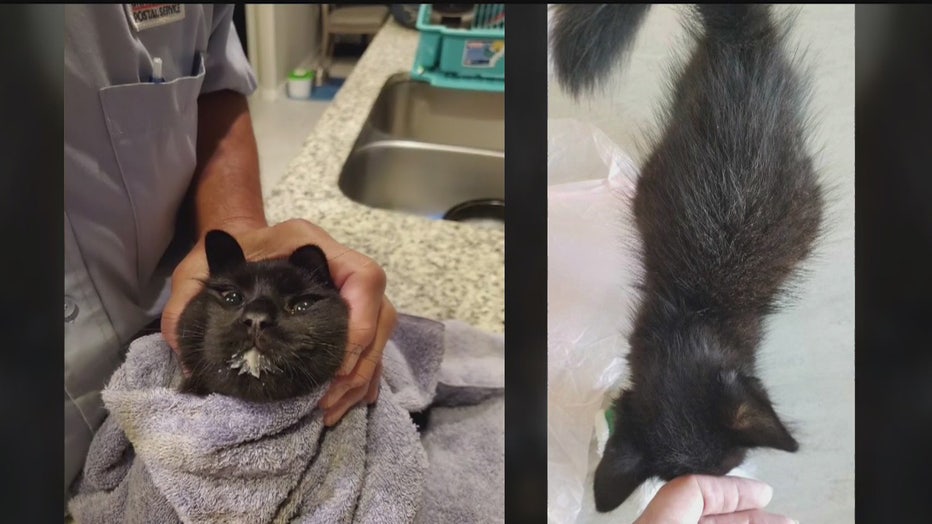 Bella and Tony, both sick with feline coronavirus FIP

"We saw immediate results! Oh my gosh, in less than 24 hours of taking the first dose the cats start playing," she said. "Seven days on this 84-day treatment you would never know that they were sick, 7 days after a doctor told me to put him down."

Its effect in cats was demonstrated by Dr. Niels Pedersen at the U.C. Davis School of Veterinary Medicine. He's been researching coronaviruses for more than 40 years.

In his most recent study, he successfully treated FIP in 25 of 31 cats using GS-441524. He says the drug works by blocking the virus’s ability to replicate. 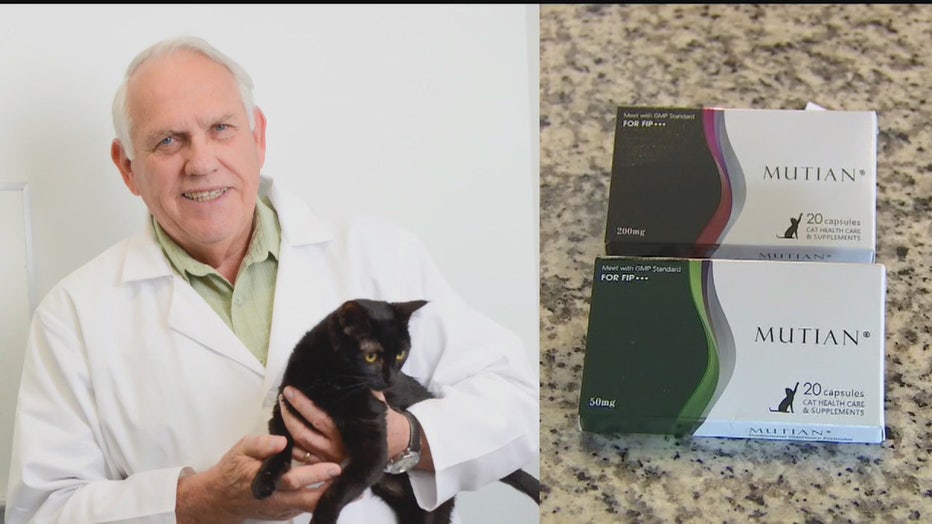 "It very clear that GS-441524 is highly effective against coronavirus infection in cats," he explained. "It’s the virus-infected cells that are producing all of these nasty cytokines that are causing this inflammation so if you can stop the replication cold in its tracks you're going to immediately stop the cytokines from being produced."

GS-441524 is very similar to the experimental human drug, Remdesivir and patents for both are held by manufacturer Gilead.

Remdesivir has already been used to treat a Seattle man infected with a different coronavirus, SARS-CoV-2. Although they can't say for sure that the medication worked, his condition improved one day after receiving the intravenous drug.

Remdesivir is now being used in a clinical trial in China to treat patients with COVID-19 but Pedersen says Gilead is not developing GS-441524 for humans.

But because the two drugs are so similar, he wonders if Remdesivir would work in cats and if GS could work for humans.

"I am kind of amazed but I'm also worried what will happen to the cats if people decide to start using the GS made for cats to treat humans," Pedersen says.

Kim says the rescue paid $7,000 to treat the two kittens and that pet owners around the world are also paying thousands for the supplement. She hopes by shedding a light on the plight of cat owners the manufacturer will realize there's a market for GS for cats.

"There is a viable option that death is not required from this disease but it's just not known," Kim says. "We want to get it off the black market, we want to get this thing mainstream."