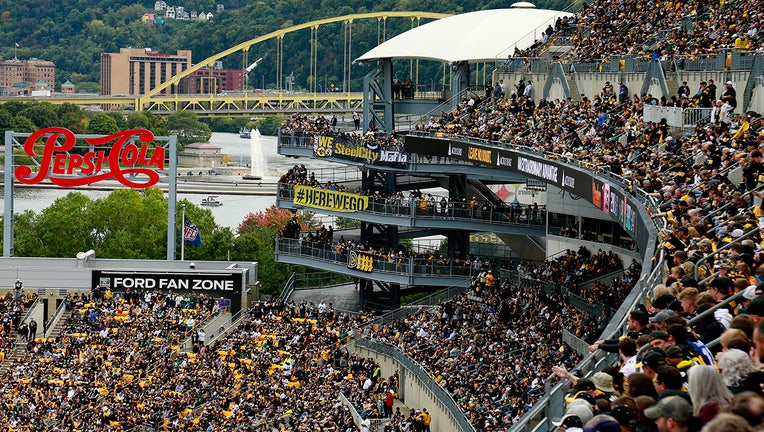 A view during the game between the New York Jets and the Pittsburgh Steelers at Acrisure Stadium on October 02, 2022 in Pittsburgh, Pennsylvania. (Photo by Justin K. Aller/Getty Images)

PITTSBURGH - A man fell to his death from an escalator inside the stadium in Pittsburgh shortly after the New York Jets beat the Pittsburgh Steelers on Sunday afternoon.

Police and EMS responded to the incident inside Acrisure Stadium around 4:45 p.m.

Paramedics administered care on the scene and transported the man in critical condition to a local hospital where he later died, the Pittsburgh Department of Public Safety said.

The Allegheny County medical examiner's office identified him as Dalton Ryan Keane, 27, of Monaca, a community along the Ohio River about 25 northwest of Pittsburgh.

"We are sending our thoughts and prayers to the guest’s family."

"We are aware of an unfortunate incident that occurred inside Acrisure Stadium today," the Steelers said in a statement. "We are working with local authorities and helping their investigation into the matter. We are sending our thoughts and prayers to the guest’s family."

The Mobile Crime Unit responded to the stadium. Authorities are investigating.