NEW YORK - It is time to shake things up with a wintertime cocktail or two.

Matt Donohue is the bar manager at Refinery Rooftop in Midtown, where you can cozy up by the fireplace and take in views of the Empire State Building.

The bar has a famous white drink that looks and tastes like the season. Donohue says the Winter Wonderland is like a modern-day eggnog. The drink is made of Jack Daniels Fire, RumChata, and an unusual ingredient that gives it that white color: rice milk. The garnish is also festive: fresh cinnamon, cinnamon stick, and a star of anise.

Next up is Boilermaker in the East Village, where each drink is served in a quirky mug.

Head bartender Samuel Gauthier shows us how he makes the Frosty Bottoms, which he calls a "Christmas-y tiki cocktail." It contains lemon juice, cinnamon syrup, orange juice, Licor 43 (like a vanilla bitter), rum, and Earl Grey-infused vodka. It is garnished with an orange slice, a flower, and a torched cinnamon stick.

And finally, we try the Sugar Daddy at White Oak Tavern in the west village. Operating partner Chris Page came up with this special twist on an espresso martini. It is made with Dewar's Scotch, Kahlua, homemade butterscotch, heavy cream, and espresso. A touch of cocoa powder goes on top.

So cheers to a cozy night with friends celebrating New York City in the wintertime.

If you like mixing your own drinks, check out these roundups of delicious cocktail recipes: 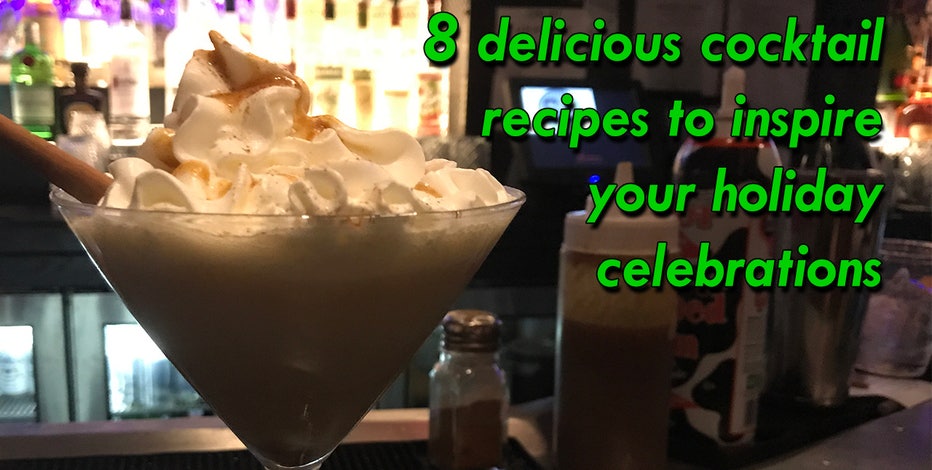 Chances are that by now most of you have attended various holiday parties where you threw back some bottled suds, mediocre wine, and mixed drinks made from rail liquor and Coke. Well, if you're luckier than that, maybe your office sprung for top-shelf booze. 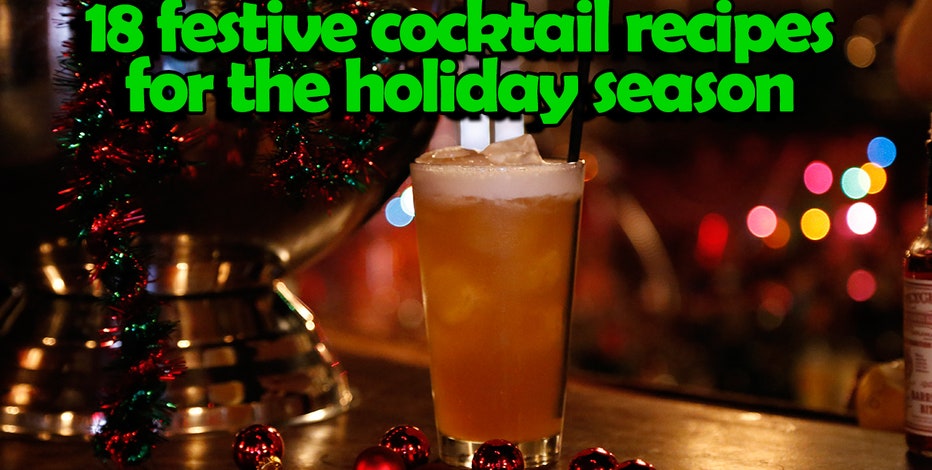 Some things are clichés for good reason: because they are tried and true (see what I did there?). Discovering new cocktails with a holiday theme around this time of year is fun because it is festive and social.