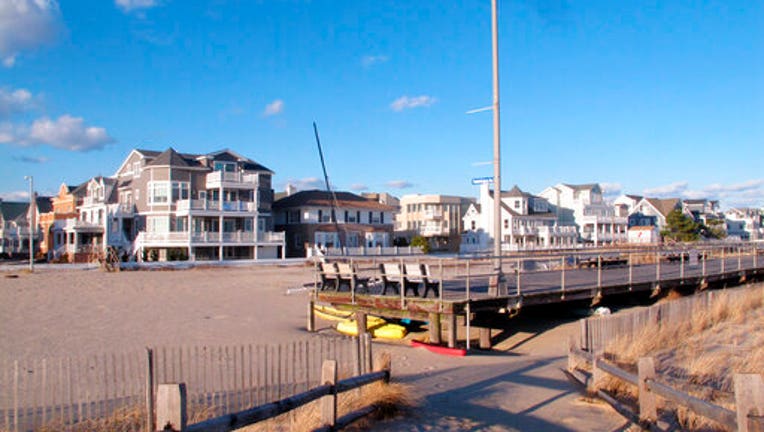 This Jan. 16, 2020 photo shows the end of the Ventnor, N.J. boardwalk as seen from Margate, N.J., where a group of residents wants the city to build its own boardwalk. Proponents of building the boardwalk along the beach in Margate, are accusing the

MARGATE, N.J. (AP) — Residents in a Jersey Shore town that hates its new sand dunes will get a chance to say whether they support building a boardwalk.

Margate's government decided late Thursday to authorize a nonbinding referendum during the November general election asking voters whether they support building a boardwalk in the wealthy town south of Atlantic City. The proposal arose from widespread unhappiness with a beach replenishment project completed in 2017.

Mayor Michael Becker said Friday the town is not committing itself to building one if the vote goes that way. Rather, he said, there needs to be a mechanism for the town's voters to clearly express their preference, and the commission will then weigh the pros and cons before deciding.

“Let's see what the people's wishes are,” he said. “I think it's too big of an issue not to do that. The issue kept coming up of, ‘We don’t listen to people.' That's not true. So let's put it to a referendum and let the people decide.”

A group of residents calling itself the Margate Boardwalk Committee praised the decision and said property owners whose primary residence is elsewhere should also have a voice in the matter.

Margate had a boardwalk in the early 1900s; it was destroyed by a hurricane in 1944.

“We are now one step closer to a boardwalk returning to Margate on the beach,” the group said in a statement. “It's up to the voters in Margate now to take it to the next step. We never said it was going to be easy, but allowing the voters to say where they stand on this issue is a good place to start.”

The push for a boardwalk arose from a federal and state beach replenishment project that Margate hotly fought, waging court battles that ultimately failed. The town claimed its wooden bulkhead adequately protected beachfront homes and predicted that placing large sand dunes between the bulkhead and the ocean would trap water and cause flooding.

That's precisely what happened, creating what many in town called “dead zones” of deep, stagnant water that people had to slog through or hike around to access the ocean. An engineering solution involving pipes was added, but many are still unhappy with the steep dune crossovers that must be navigated, particularly people with limited mobility.

The Margate Boardwalk Committee has been pushing for the construction of a walkway connecting the town with Ventnor to the north and Longport to the south. It estimates the mid-range of several design proposals would cost the owner of an average house assessed at $534,800 about $220 a year, or 60 cents a day, in higher property taxes.

Proponents say a boardwalk's benefits would include restoring easier beach access for elderly people and families with young children, who currently must walk up and over walkways across the dunes, consisting of soft sand that is difficult to pull or push beach carts through. It would restore views of the ocean and allow walkers to better feel sea breezes, proponents say.

But the town's professional staff has cited concerns with the project, including its cost, financing, engineering and policing.