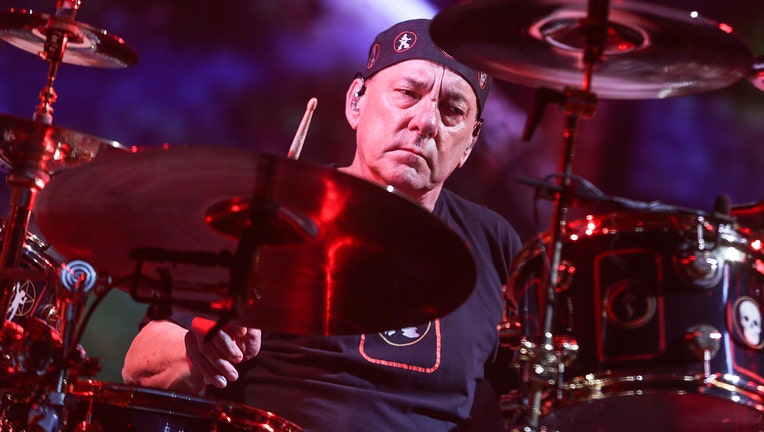 Neil Peart of Rush performs during the final show of the R40 Tour at The Forum in Los Angeles, Aug. 1, 2015. (Invision/AP file)

Peart He had been living with brain cancer for more than three years, a spokesperson for his family said.

"It is with broken hearts and the deepest sadness that we must share the terrible news that on Tuesday our friend, soul brother and band mate of over 45 years, Neil, has lost his incredibly brave three and a half year battle with brain cancer (Glioblastoma)," Rush said in the tweet. "We ask that friends, fans, and media alike understandably respect the family's need for privacy and peace at this extremely painful and difficult time."

Peart joined Rush in 1974, replacing the original drummer. The lineup of Peart, singer-bassist Geddy Lee and guitarist Alex Lifeson then went on to record 18 studio albums, which sold more than 40 million copies worldwide.

Arguably one of the greatest drummers in rock history, Peart was also the band's primary lyricist.