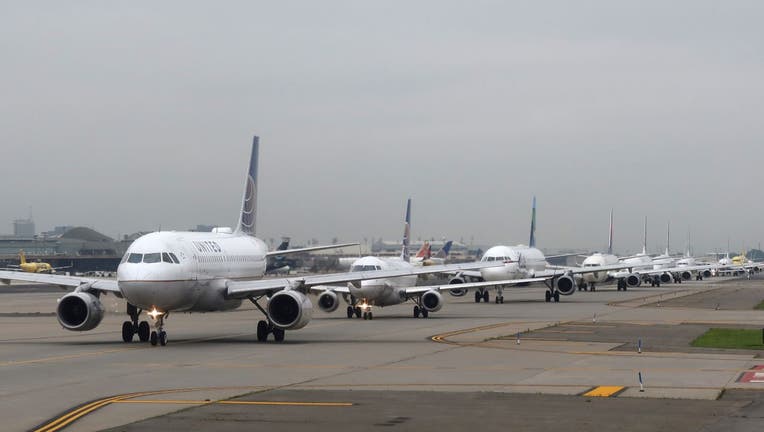 A line of United Airlines airplanes wait to take off at Newark Liberty International Airport on July 13, 2021 in Newark, New Jersey. (Photo by Gary Hershorn/Getty Images)

NEW JERSEY - A terminal was temporarily evacuated and dozens of flights were delayed at Newark Liberty Airport in New Jersey after authorities responded to a report of a suspicious package Sunday afternoon.

Levels 1 and 2 of Terminal C were closed to traffic Sunday afternoon, with the airport's official Twitter account directing travelers to Level 3 for pickup.

The FAA also issued a ground stop for United Airlines flights heading inbound to Terminal C at the airport.

However, by 1:45 p.m., officials gave the "all clear" and normal operations were resumed. A total of 59 flights were delayed. No one was reportedly injured.