Several gunshot victims were taken to a hospital after a shooting in downtown Chattanooga, Tennessee. The ages of the victims were not immediately released but most were believed to be teenagers and young adults.

Police Chief Celeste Murphy said officers downtown were monitoring several large groups of unchaperoned teens when they heard gunshots around 11 p.m. They saw multiple people shooting and crowds of people running away. Officers began helping those who had been shot and getting others to safety.

Four of the victims sustained non-life-threatening injuries, but two are critical. Investigators believe there was an altercation between two groups, and not all the people shot were intended targets, police said.

Police detained a person of interest at the scene, but they were later ruled out as a suspect.

"It’s ridiculous that I have to publicly state that guns have no place in the hands of our kids, and that children shouldn’t be wandering around in the middle of the night without supervision," Chattanooga Mayor Tim Kelly said at a news conference Sunday.

"Easy access to illegal guns is killing kids, and our community has a responsibility to put a stop to it," he continued. 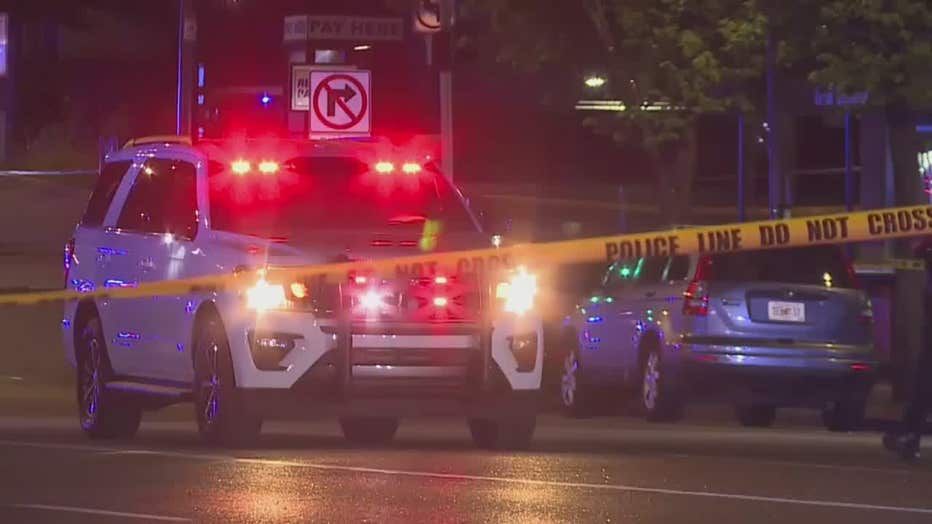 Kelly said he joined a chorus of other mayors last week in calling on the U.S. Senate to pass gun reform legislation, including red flag laws, universal background checks and raising the minimum age to purchase firearms.

"There is no reason to wait," he said.

The shooting in Chattanooga is the latest in a string of gun violence sweeping across the United States.

President Joe Biden and first lady Jill Biden spent Sunday in Uvalde, Texas, where 19 students and two teachers were shot to death earlier this week inside their elementary school.

In Oklahoma, one person was killed and seven others were injured Saturday night in a shooting at a Memorial Day festival. Two juveniles were among those shot, authorities said.

And in New York, overnight a shooting false alarm at Barclays Center caused panic and injury to several people.

The scare and stampede happened just after the Gervonta Davis-Rolando Romero boxing match as crowds were leaving the arena. A loud noise was heard, spooking some in the crowd into believing an active shooter was on the scene and sending dozens of people running back into the building.

Police say they are not sure what the noise was, but as a result of the running crowd, 10 people suffered minor injuries and were taken to area hospitals.

And not even two weeks ago, on the other side of the state, a shooter espousing the racist "replacement theory" killed 10 Black people at a supermarket.

This story was reported from Detroit. The Associated Press and FOX 5 NY contributed.