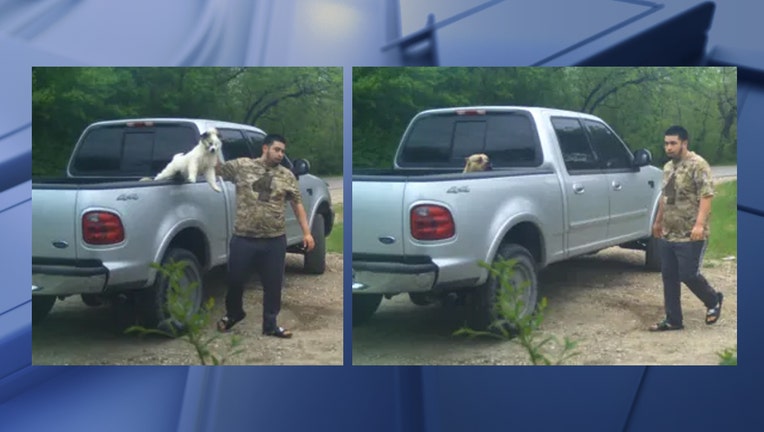 DALLAS - Dallas police have released a video of a man who assaulted two puppies, causing their deaths.

The crime happened Wednesday, in the 2400 block of Dowdy Ferry Road.

The suspect, who was driving a silver Ford F-150, assaulted two Pyrenees-type puppies, which caused their deaths.

Police are asking for the public’s help to identify him.

Anyone with information is asked to call Animal Cruelty Det. Cathy Blanchard at (214) 670-7694 or email at cathy.blanchard@dallascityhall.com.