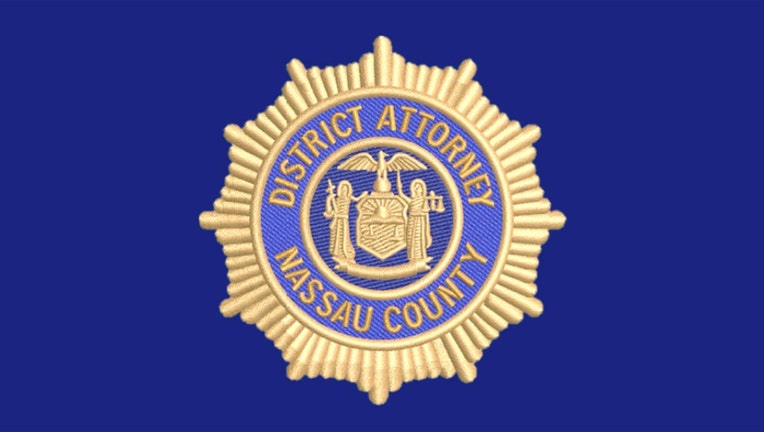 VALLEY STREAM, N.Y. - A white man and woman accused of harassing a Black woman who lives next door to them, including throwing feces and firing a pellet gun, were arrested and charged Monday, the Nassau County District Attorney's office said.

District Attorney Madeline Singas said John McEneaney, 57, and Mindy Canarick, 53, were charged with misdemeanors in connection to the alleged treatment of their neighbor, Jennifer McLeggan, who moved into her home in Valley Stream in April 2017.

Both were arraigned and released on their own recognizance, and are due back in court in October. Phone numbers for them were not available, and a call to an attorney for McEneaney was not answered.

The judge also handed down an order of protection at the behest of prosecutors.

McLeggan, mother to a toddler, had said her neighbors had been subjecting her to repeated abuse since she moved in. She said she had told police, but had gotten no help. She gained public support last month, after posting a sign to her door saying she was being harassed.

One of her attorneys, Heather Palmore, said the arrests were only the first step in the process, and said they "were a long time coming."

She lauded the district attorney's office for investigating and bringing the charges.

FROM THE OFFICE OF THE NASSAU COUNTY DISTRICT ATTORNEY

"The sign on Jennifer McLeggan's door broke my heart and rallied a community to her aid. It also moved my office to investigate this matter because nobody should have to live in fear of harassment from their neighbors. Today, following a comprehensive review, investigators from my office arrested and charged these defendants because of a pattern of intolerable conduct that cannot be left unchecked. I hope that this prosecution, and the order of protection issued by Judge Prager today, afford Ms. McLeggan and her daughter the security they deserve, and I am grateful to the advocates and leaders who collaborated with our office throughout this investigation."

DA Singas said the victim, a single mother of a two-year-old child, moved into her Valley Stream home while pregnant in April 2017 and immediately began to be harassed, allegedly by the defendants. The alleged harassment, which included shooting pellet guns across her yard and throwing feces onto her lawn continued until July 2020.

John McEneaney allegedly, as a form of harassment to annoy or alarm the victim, shot pellet guns repeatedly across the victim's lawn, from April 2017 until July 2020, striking a nearby street sign at least 20 times. Ms. McLeggan said that she has been fearful that she or her young daughter would be hit by a pellet, at least four of which were found on her lawn.

Additionally, after returning home from an overnight shift as a registered nurse on May 30, 2019, the victim allegedly observed Mindy Canarick, John McEneaney's girlfriend, drop dog feces onto her property.