The majority of New York City public school teachers have been vaccinated but other teachers and Department of Education employees who have not gotten the shot and don't have a medical or religious exemption will have to do so by Monday to keep their jobs.

NEW YORK - A New York judge has ruled that New York City can move forward with its mandate to vaccinate Department of Education employees pending a final resolution to the case.

The judge's ruling lifting his prior restraining order on enforcing the mandate means that teachers and other staffers who work in schools must get at least one dose of a COVID-19 vaccine by Monday, Sept. 27 or risk losing their jobs.

Several unions sued to stop the mandate, saying that it violates workers' rights.

On Sept. 14, Justice Laurence Love issued a temporary restraining order to stop the city from enforcing the mandate until the case is resolved. But in Wednesday's ruling lifting that order, Love noted that in the wake of his restraining order, Health Commissioner Dave Chokshi revised the mandate to allow for accommodations.

"The day following the issuing of the TRO, September 15, 2021, the Commissioner of Health and Mental Hygiene rescinded and restated the DOHMH's prior orders dated August 24, 2021, and September 12, 2021, to include the following clarifying language: 'Nothing in this Order shall be construed to prohibit any reasonable accommodations otherwise required by law,'" the justice wrote. "This newly issued order (the 'New Order') entirely obviates this Court's reason for issuing the Temporary Restraining Order." 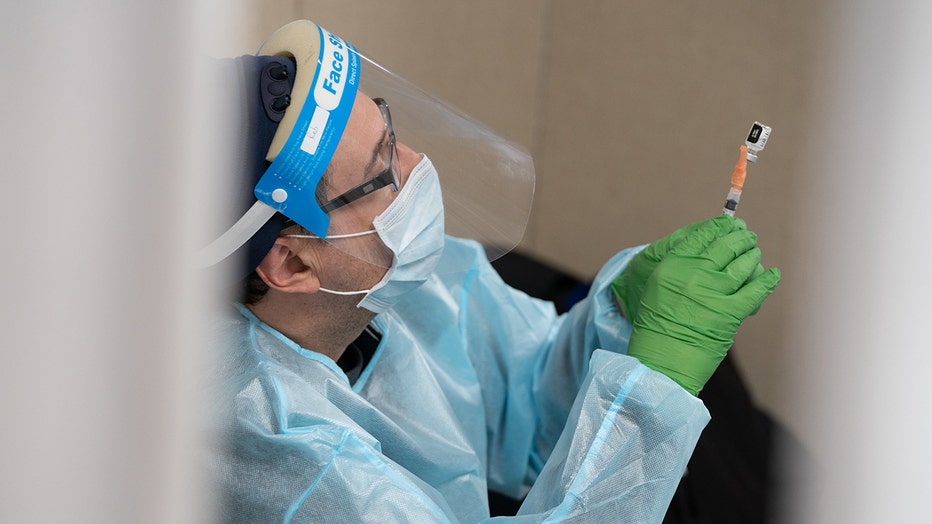 A spokesperson said the Education Department is pleased the court backed the city's "legal authority to implement" the city health commissioner's order.

"This is a big win for New York City children and Department of Education employees. Their health and safety is at the very core of this vaccine mandate," press secretary Danielle Filson said in a statement.

A union official with the United Federation of Teachers noted that this latest ruling is not a final decision.

"This case has already led to progress in protecting the rights of our members, since the city — in the wake of the court's initial issuance of the restraining order — admitted that there can be exceptions to the vaccine mandate," UFT Municipal Labor Committee Chair Harry Nespoli said in a statement. "The court — while lifting the restraining order — has not made a final decision, and we are preparing additional material to support our case."

"Teachers are going to get fired," said Andrew Lieb, an employment attorney. "So I’m telling you that right now, and most of them are going to be rightfully fired because if they don't get the vaccine and they don't have a disability and have asked for an accommodation or sincerely held religious belief and ask for accommodation, they're actively choosing to violate the rules of their job."

The head of District Council 37, a union representing tens of thousands of municipal employees, said he was "deeply disappointed" by the ruling. He called on schools to implement weekly COVID testing rather than require vaccinations.

"This is not the end of the road and we will continue to fight for the right of workers to make their own healthcare decisions," Executive Director Henry Garrido said. "The vast majority of District Council 37 members are vaccinated. For those still making up their minds, force is not the answer."