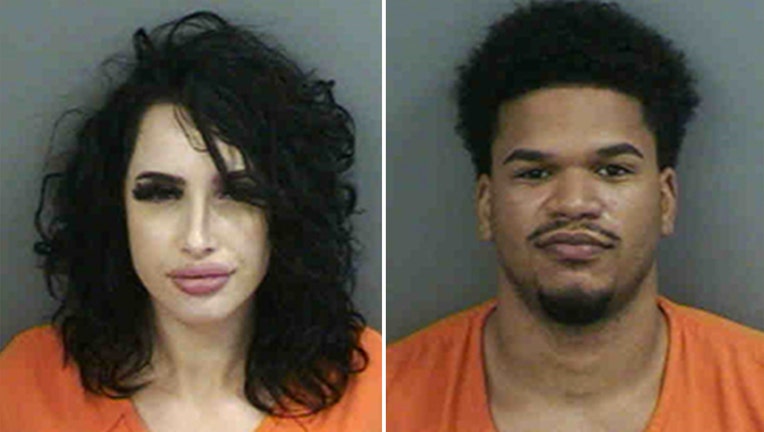 A Florida couple was charged for having oral sex in the back of a police car last week.

They offered to give him and his passenger, Summer Joy Watkins, 24, a ride to a gas station since the car was being towed.

After they were put in the back of the squad car cops said she said, "Baby, we should record an OnlyFans video back here," according to the warrant obtained by The Smoking Gun.

Watkins then allegedly asked the cop, "What if I suck his d–k back here?"

"I told her that she could not do that," trooper J.D. Perez-Morales wrote in the arrest report but she later asked again, according to the NY Post.

After again saying no, the officer left them alone in the back of the car for a few minutes and they went through with it.

Noa recorded the act on it on his phone, yelling, "Can ya’ll hear me? She’s sucking d–k in the back of a state trooper right now," the report said.

Noa then made a video call, Watkins bragged, "I just sucked his d–k in the back of a police car," the report claimed.

The officer dropped off Watkins before seeing the footage that was recorded on his in-vehicle camera.  He went straight back and arrested her. She was released on a $1,000 bond and is scheduled for arraignment on Dec. 16.

Noa was arrested on several charges including indecent exposure.  He is free on bond until his Dec. 13 arraignment