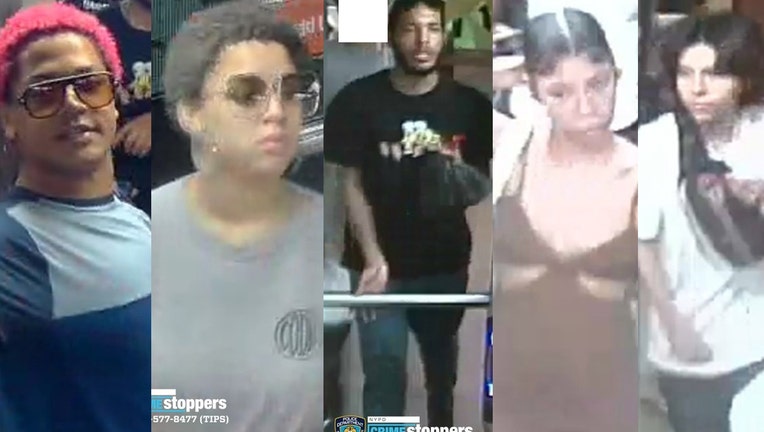 NEW YORK - A couple was attacked after recording a video of a group of five people smoking on a New York City subway train.

The NYPD says it happened around 8:30 p.m. on July 4th on a Q-line train at the DeKalb Ave. Subway Station in Downtown Brooklyn.

A 29-year-old woman and a 32-year-old man were on the same train as the pack of smokers. When one of them began recording them smoking the group got angry.

They started to argue with the victims and then punched and kick them across their bodies.

The attackers then got off the train and took off.  They have not been caught.

EMS transported the victims to Beth Israel in stable condition.  Information about their injuries was not available.

The New York City Police Department released images of the people they are looking for in connection with the attack.