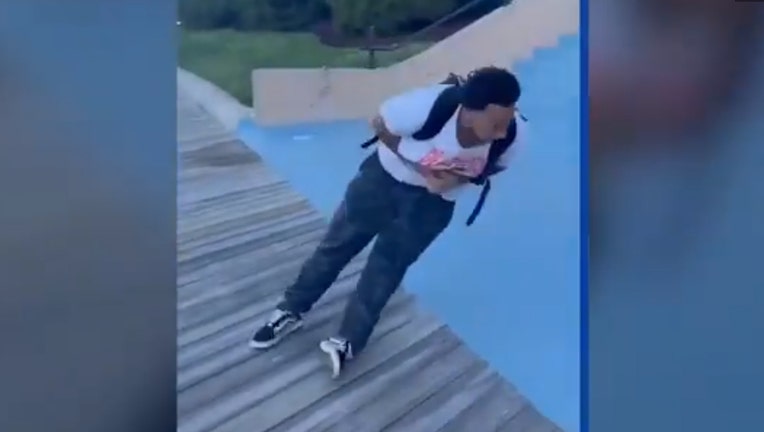 Shocking video shows police tase a man with his hands up while investigating vaping on the boardwalk at the Maryland shore.

The video shows Brian Everett Anderson, 19, with his hands up as he’s surrounded by officers in Ocean City around 8:30 p.m. on Saturday night.

Police said Anderson was vaping after already being told it was prohibited outside of designated areas of the boardwalk.

In the video, Anderson clutched his stomach and fell after being hit with the Taser.

Police arrested three other teens, all from Harrisburg, Pennsylvania.

One was accused of yelling profanities and approaching officers during Anderson's arrest, another for allegedly threatening to throw a bike at the officers, and the other for becoming disorderly after being warned that he was trespassing on private property.

Another video shows an officer repeatedly driving his knee into one of the men while he was face-down on the boardwalk.

The town of Ocean City issued a press release on the incident, saying: "We are aware of the social media videos circulating regarding this incident. Our officers are permitted to use force, per their training, to overcome exhibited resistance. All uses of force go through a detailed review process. The uses of force from these arrests will go through a multi-level examination by the Assistant Patrol Commander, the Division Commander and then by the Office of Professional Standards."