Police pulled over a suspect in a stolen car when he reversed the car into a police cruiser at 44th Street and 12th Avenue in Manhattan. Police opened fire. The driver was not struck. He was arrested. The officers were hospitalized for evaluation.

NEW YORK - Police opened fire on a suspect in a stolen vehicle in Hell's Kitchen early Thursday morning after he rammed their cruiser with his car, according to the NYPD.

Two officers pulled over a stolen Toyota Camry at about 12:15 a.m. at West 44th Street and 12th Avenue. As the cops got out of their vehicle, the 44-year-old suspect drove his car into the cruiser, according to police.

The officers were not struck.

Cops fired "one or two times" at the vehicle but did not strike the driver, according to police. The officers removed the man from the vehicle and placed him under arrest. 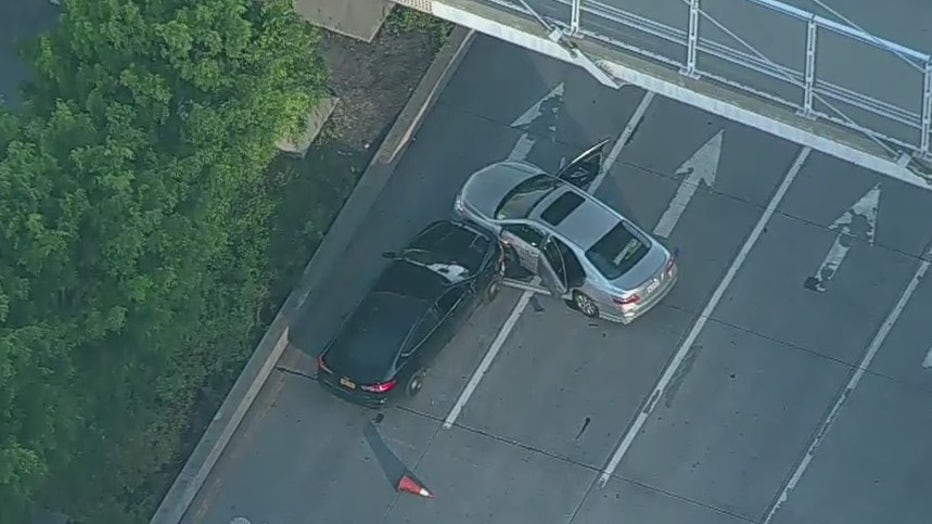 The driver of a grey Toyota Camry rammed the vehicle on the West Side Highway into a police cruiser. Photo shows stolen vehicle. Unclear if dark-colored vehicle belongs to NYPD. (FOX 5 NY)

The driver was hospitalized for possible injuries sustained after ramming the vehicle into the officers. The officers were treated for ringing in the ear.