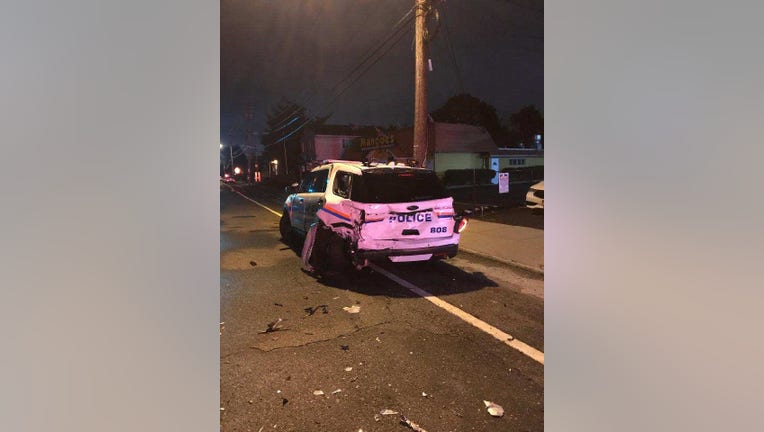 NEW YORK - A Suffolk County man faces drunk driving and driving without a license charges after police say he narrowly missed hitting an officer and then barreled into his police car.

The Nassau County Police Department says officers were on Central Ave. with their emergency lights on for a DWI arrest.

An officer was standing outside of his police vehicle and saw a Honda Pilot approaching at a high rate of speed.

Officers were able to move out of the way as the Honda Pilot crashed into the officer's SUV, pushing it approximately 40 feet before finally coming to a stop.  The impact was strong enough to bend the frame of the police vehicle.

Officers say Quevin Quinteros Crespo, 30, of Copiague was driving. A Nassau County Police Ambulance transported defendant Crespo to a nearby hospital for treatment.

Crespo was arraigned later in the day on Saturday in Hempstead.  Information about a lawyer who could speak on his behalf was not available.