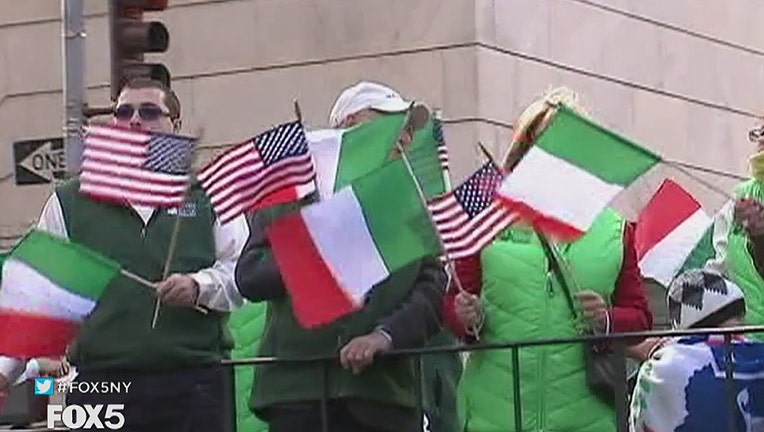 NEW YORK - New York City's Columbus Day Parade is the latest celebration to be canceled this year due to the coronavirus pandemic.

The Columbus Citizens Foundation, which organizes the annual event, announced in a video message that it will present a "virtual parade" instead.

"Due to COVID-19, we have decided in the best interests of our members, participants and spectators not to have our parade as usual," Angelo Vivolo chairman of the Columbus Citizens Foundation, said in the video, which appears on the group's website and YouTube channel. "This has been a year of challenges for our Italian-American community and the country. But I promise we will be back bigger and better next year."

By "challenges," Vivolo was likely referring to the controversies over many historical figures, including Christopher Columbus, and the vandalization of and tearing down of statues and monuments.

The foundation has organized the parade every year since 1929. The route is along Fifth Avenue from 44th Street to 72nd Street in Manhattan.

"While we are heartbroken to have made this decision, we are more than aware of the risk that COVID-19 still poses this fall," Marian Pardo, the president of the foundation, said in a statement to the New York Post. "Mindful that this risk could impact large gatherings, it seems clear to us that the massive Parade we usually hold would be a health risk to the city and to our community."

The pandemic has forced the cancelation of many other prominent annual outdoor events and celebrations in the city, including the St. Patrick's Day Parade in March, the Puerto Rican Day Parade in June, the West Indian Day Parade in September, and the New York City Marathon in November.

The annual Macy's 4th of July Fireworks event was changed from a 20-minute show to a series of 5-minute shows held over several nights in unannounced locations.