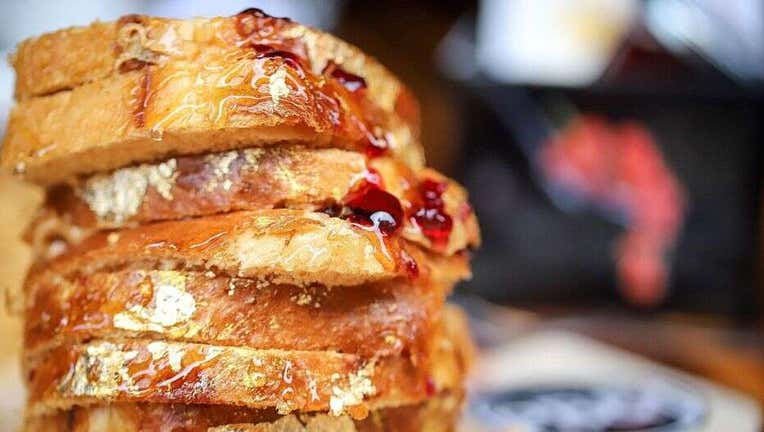 CHICAGO - This isn’t the kind of PB&J you might have traded for a few pudding cups in elementary school.

A couple of brazen restaurateurs in Chicago have recently added a $350 peanut butter and jelly sandwich to their menu, reportedly after spotting another ridiculously priced PB&J at a different eatery and deciding to one-up the competition.

Quite deliciously, however, a portion of the proceeds is going directly to a charity benefiting children living in Chicago’s homeless shelters, per a press release shared with Fox News. A spokesperson for the company confirmed to Fox News that they have sold "a few" of the sandwiches. 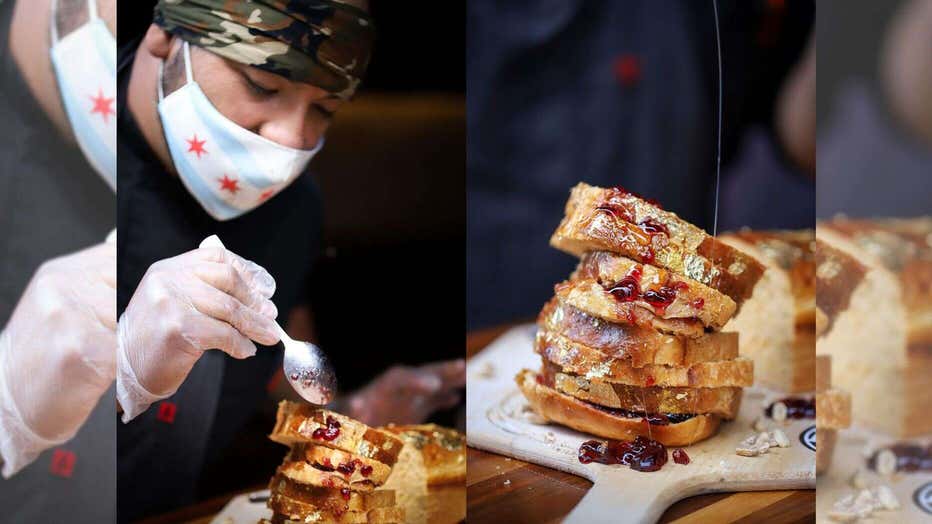 The “Golden Goose” sandwich, which is currently on the menu at a West Loop restaurant fittingly called PB&J (Pizza, Beer and Jukebox), is made with “toasted edible gold leaf bread,” “all-natural peanut butter,” manuka honey from New Zealand, and “the world’s most expensive” seedless redcurrant jam from Maison Dutriez in France, which, according to the menu, is “hand-seeded using goose quills.”

The Golden Goose — which needs to be ordered one day in advance — is also officially the world’s most expensive PB&J, according to the Robb Report. 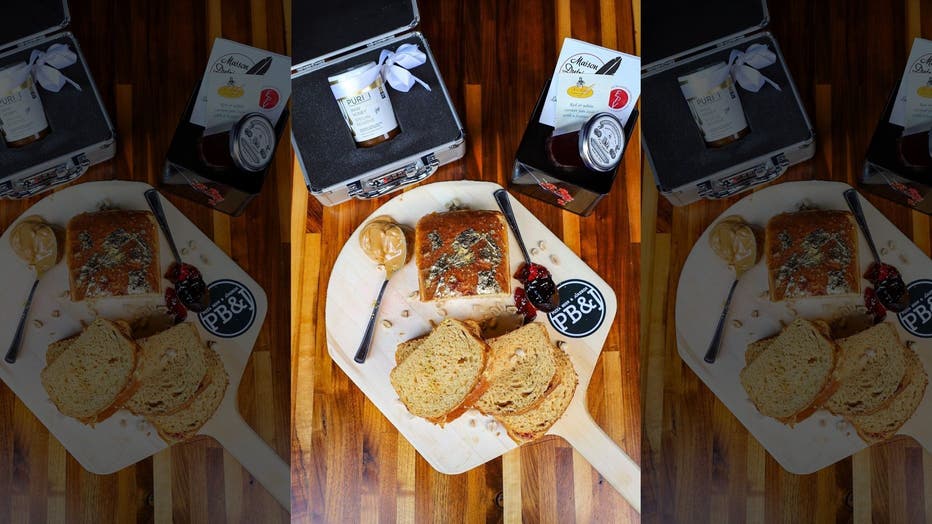 Those who order the sandwich — a day in advance — will be provided with the unused remainder of the imported jelly and honey. (Kira Anderson)

Restaurant owners Matthew and Josh McCahill claim they came up with the idea after spotting a similarly decadent PB&J selling for hundreds of dollars — possibly the $299 Golden Gourmet PB&J Sandwich from the now-closed Red’s Golden Gourmet in San Diego, which had been made with peanut butter, jelly, blueberries, bananas, bacon, and two sterling silver, gold-plated toothpicks.

The McCahill brothers thought they could do better with their own version, mixing actual gold leaf into the bread flour before baking, and sourcing the expensive Maison Dutriez jam from France.

Even with these ingredients, the whole thing might be a bit hard to swallow for the average PB&J patron. If it helps, the restaurant provides the remainder of the jam and honey jars to-go, and a portion of the proceeds goes directly to Chicago HOPES for Kids, a non-profit which supports the academic needs of youth living in Chicago’s homeless shelters.

Cash-strapped customers can also order some of the eatery’s less expensive fare, which include salads, pizzas, and several more affordable peanut butter and jelly sandwiches that don't cost as much as a Dyson vacuum. But hey, what fun is that?