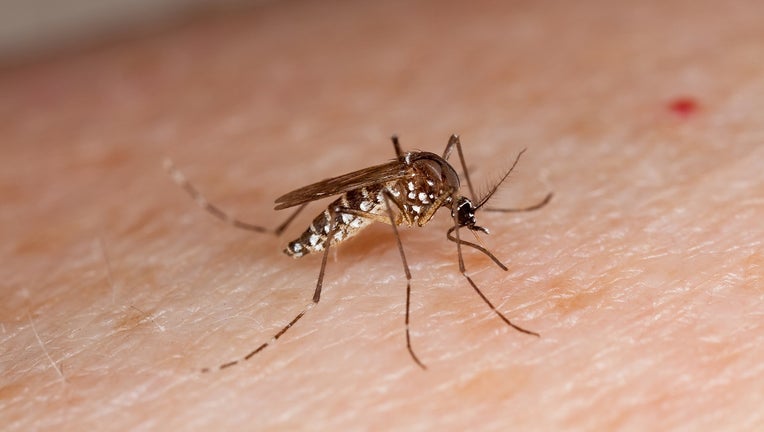 TRENTON, N.J. - A New Jersey man has tested positive for a rare, mosquito-borne illness after he began experiencing symptoms back in May.

The case is the first detection of Jamestown Canyon Virus (JCV) in the state so far in 2021, and just the second human case ever reported in New Jersey. The first case was reported back in 2015 and was also originated in Sussex County.

NJDOH officials say JCV is transmitted by the bite of a mosquito and treatment consists only of supportive care. There are no vaccines to prevent JCV.

"Spending time outdoors, whether walking, gardening, or playing with our dogs, is a good way to maintain physical and mental health, but it is important to take steps to prevent mosquito and tick bites, which are responsible for several diseases in New Jersey" said Health Commissioner Judith Persichilli. "When enjoying the outdoors, remember to use an EPA-registered insect repellent, cover skin with clothing when you can, and check yourself and your pets for ticks and quickly remove them with tweezers."

JCV is known to circulate across parts of North America, primarily between deer and mosquitoes, but can also infect humans. As testing and recognition of the virus have increased, so have reports of the virus in humans.

Many illnesses caused by JCV are mild, but moderate-to-severe central nervous system involvement requiring hospitalization have been reported, including fatal infections, according to the NJDOH.

Officials added that people infected with mosquito and tickborne diseases may not develop any symptoms, or only develop very mild symptoms. Early symptoms can include flu-like illness including fever, muscle aches, headaches, and fatigue, which may be confused with other illnesses, including COVID-19.