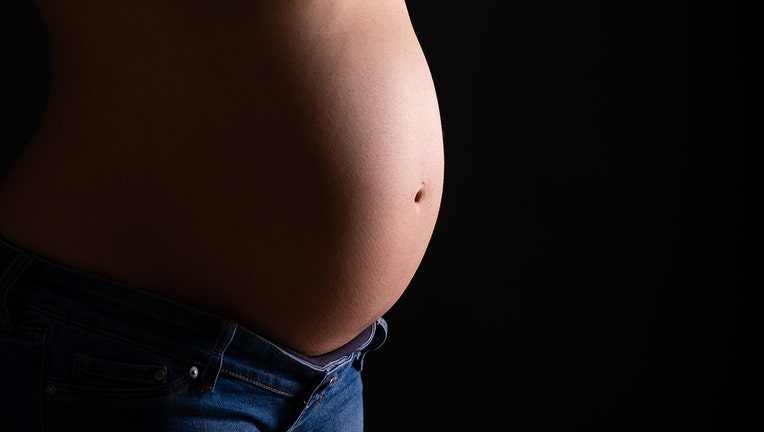 In this photo illustration, a pregnant woman shows her belly. (Photo by Katja Knupper/Die Fotowerft/DeFodi Images via Getty Images)

A guaranteed income program for pregnant Black women is expanding in California.

The Abundant Birth Project, a San Francisco Department of Public Health program operated in partnership with Expecting Justice, will launch next year in Alameda, Contra Costa, Los Angeles and Riverside counties, and will continue in San Francisco.

"For so long, Black women have been excluded from the resources needed to have safe and healthy pregnancies. This funding will provide pregnant people with economic stability during this critical phase in their lives while allowing public health institutions to test a novel and promising public health intervention," said Dr. Zea Malawa, Director of Expecting Justice.

San Francisco was the first in the country to provide supplemental income to high-risk pregnant women when the Abundant Birth Project began in June 2021 to serve pregnant Black and Pacific Islander people. The program provided $1,000 monthly payments over 12 months to 150 recipients, beginning in early pregnancy, to reduce what the program calls "racial birth disparities" by "easing economic stress."

Abundant Birth Project programs beyond San Francisco will provide Black mothers with monthly incomes of $600 to $1,000 for 12 months.

An additional $5 million in state funding will allow the program to serve an additional 425 mothers.

San Francisco Mayor London Breed said, "This guaranteed income program helps ease some of the financial burdens that all too often keep mothers from being able to prioritize their own health and ultimately impact the health of their babies and family. We hope the Abundant Birth Project serves as a model to address racial birth disparities throughout the region and state, and across the country."

The health impacts of the program are still being studied by the University of California at San Francisco, Berkeley and Davis.