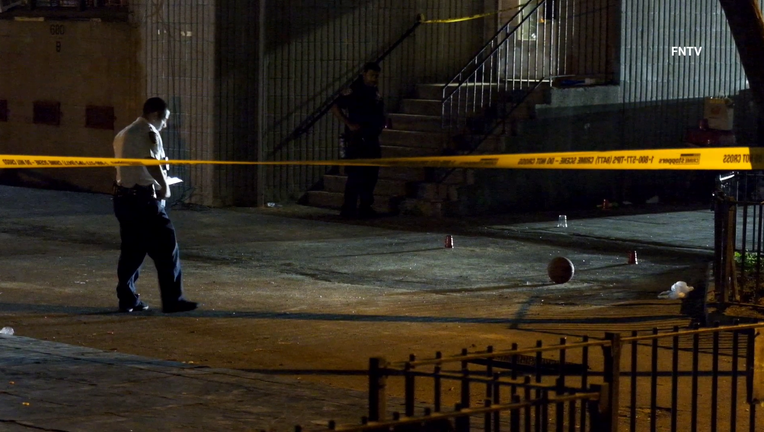 An 8-year-old boy was injured in Brooklyn on Saturday night after a gunman opened fire on a gathering.

NEW YORK - An 8-year-old child was injured when a gunman opened fire on a gathering in Brooklyn on Saturday evening.

According to the NYPD, at around 11:30 p.m. in Bedford-Stuyvesant, the gunman rode a dirt bike up to a gathering taking place at Stuyvesant Gardens on Quincy Street, produced a gun, and fired several shots into a crowd of people.

An 8-year-old boy was struck in the leg by a bullet. The gunfire also wounded a 27-year-old man, and two women, aged 36 and 46, all of whom were also hit in the legs by bullets.

The suspect then fled on the dirt bike.

All four victims were taken to Kings County Hospital with non-life-threatening injuries.