NEW YORK - An armed robber stole $6,000 in cash from a Brooklyn grocery store Friday after threatening to shoot, according to the New York City Police Department.

Police say the suspect entered the grocery store located at 1152 Coney Island Ave. around 1:06 p.m., approached the counter, displayed a firearm and demanded money from the register.

The 49-year-old female employee complied and gave the suspect $6,000 in cash. The suspect then fled on foot, heading northbound on Coney Island Avenue. No injuries were reported.

The suspect is described as a male approximately 25-years-old, 6'0" tall, 200 pounds, with a dark complexion, medium build, black hair and facial hair. He was last seen wearing a gray winter jacket with a hood, light colored pants and light colored sneakers. 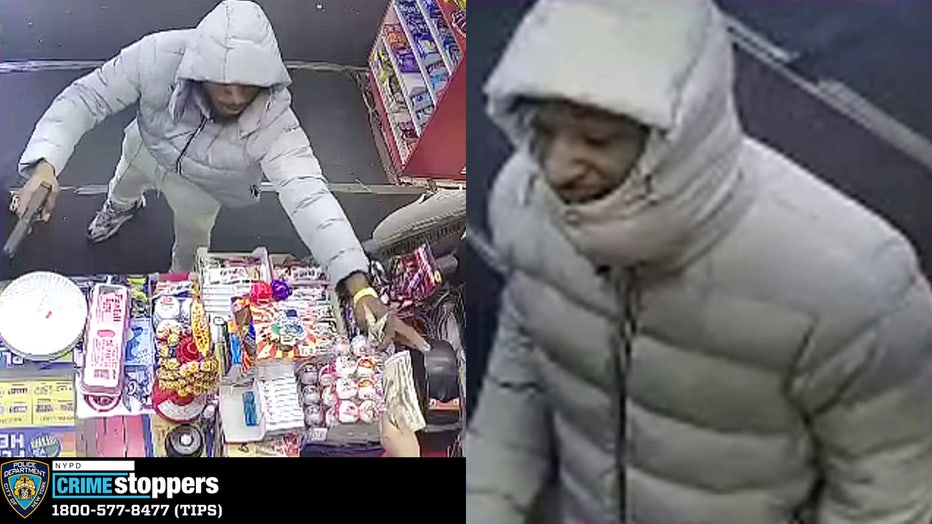 Anyone with information in regard to this incident is asked to call the NYPD's Crime Stoppers Hotline at 1-800-577-TIPS (8477). The public can also submit their tips by logging onto the CrimeStoppers website.