A fire broke out in a two-story home on Quimby Avenue in the Bronx early Sunday. Four members of one family died.

NEW YORK - Three children and one adult died Sunday morning after a fire inside a home in the Bronx, officials say. The fire broke out at a home located at 2165 Quimby Avenue at around 6 a.m. in the Castle Hill section.

Witnesses described trying to help while the FDNY was on the way. One neighbor told Fox 5 that another neighbor came with a hammer to break out the windows but the flames were too intense.

Firefighters arriving at the scene found fire burning on the first and second floors of the home.

A total of six people were injured in the fire.

4 people, including 3 children, died in a house fire in the Bronx on Sunday.

Fire marshals continued to investigate the cause of the fire. They were back on the scene on Monday to sifted through the debris.

The FDNY said the smoke detectors inside the home were working when the fire started. Members of the fire safety division set up an area not far from the burned house and handed out smoke detectors to residents wanting one. 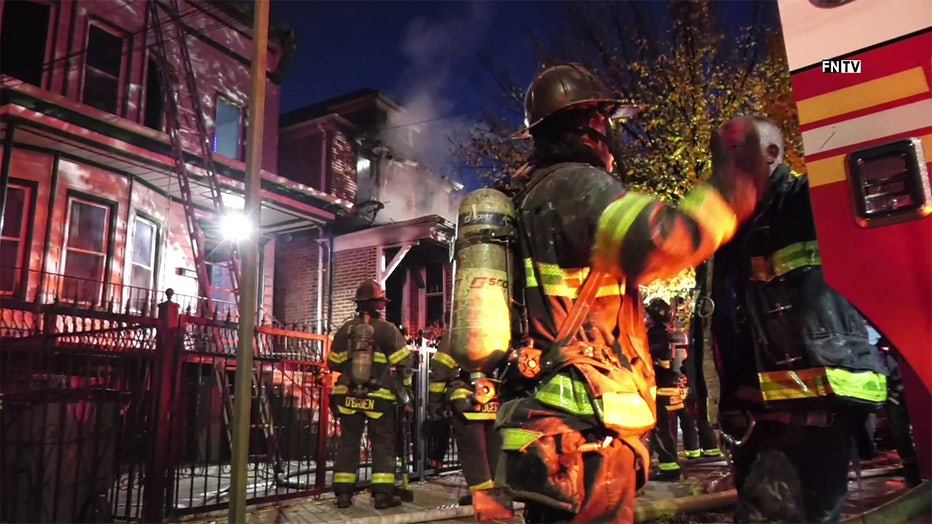 The scene after a fatal fire in the Bronx that left four people dead.