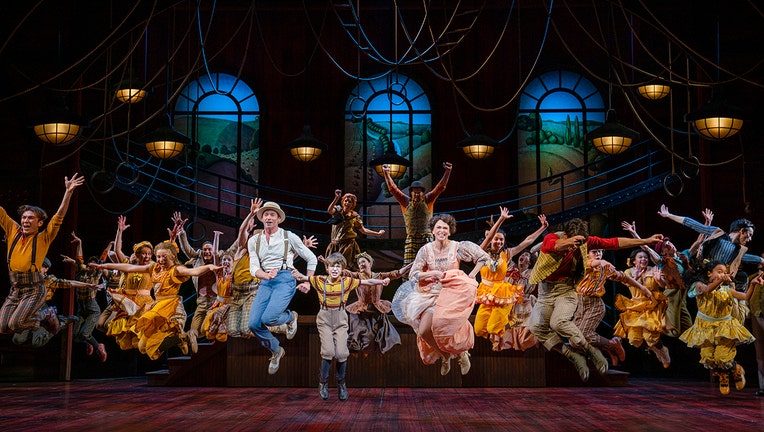 NEW YORK - The producers of the Broadway musical comedy "The Music Man" have announced that the show is going to close.

The show, starring Hugh Jackman, will have its final show on Jan. 1, 2023.  Tickets for the final block of performances will go on sale on Wednesday, Sept. 14, 2022 at 9 a.m.  They can be purchased at the Winter Garden Theatre Box Office or via telecharge.com.

The show's producers say the hit show helped usher the theater industry back from its 18-month shutdown.

The revival of Meredith Willson’s 'The Music Man' will have played 358 regular and 46 preview performances by the time it takes its final bow.

The show was supposed to open in the fall of 2020 but rehearsals were interrupted by the coronavirus pandemic shutdowns.  When it finally started productions in late 2021 Tony-winner actor Hugh Jackman tested positive for COVID-19 and shows were canceled until Jan. 2022.

Co-star Sutton Foster had also tested positive for COVID and had to miss some preview shows.

Over the course of its run, the production has shattered the Winter Garden Theatre’s previous weekly box office record a total of 48 times and has already played to 402,017 audience members.

The production says it has made available 10,000 subsidized tickets at $20 each during its run for New York City School communities in a broad effort to make Broadway more accessible and foster a love for the arts, and broken fundraising records for Broadway Cares/Equity Fights AIDS and The Entertainment Community Fund.

The original 'The Music Man' was an instant smash hit when it premiered on Broadway on December 19, 1957. It went on to win five Tony Awards, including the prize for Best Musical, and ran for 1,375 performances.

Hollywood and Broadway star Hugh Jackman first auditioned for the leading role in The Music Man back in high school, but he didn't get the part. So how does he feel 40 years later starring in the show on Broadway?