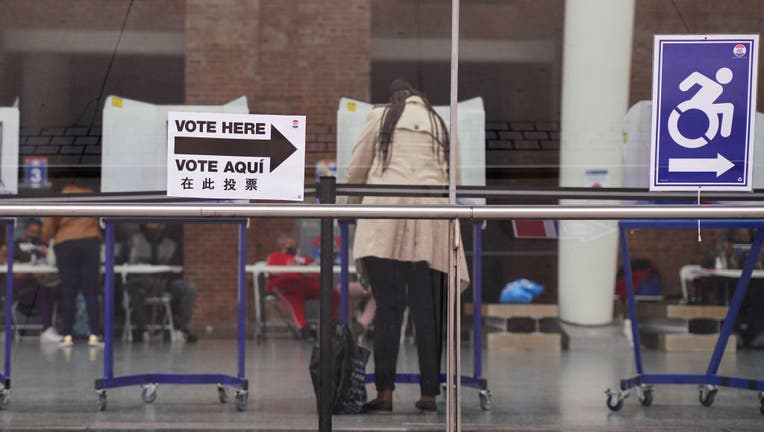 "The NYPD notified us of a bomb scare at 1573 Madison Ave, which is an early voting site," the New York City Board of Elections said in a tweet. "Emergency protocols were initiated immediately. Staff along w/ a handful of voters were escorted out safely."

Soon after the initial report, the NYPD said the site was "all clear" and voting resumed.

According to the NYPD, the threat was directed to the school where the voting was taking place, the Jackie Robinson Educational Complex, and not the polling site itself.