A 135-pound dog hunting for a deal spent hours wandering through a Bradenton Dollar General store before being escorted out by police at closing time.

BRADENTON, Fla. - A dog sniffing out a deal got more than he bargained for when he refused to leave a Bradenton store at closing time and had to answer to the authorities.

According to a post on the Bradenton Police Department’s Facebook page, a 135-pound dog named Bentley wandered into the Dollar General on Manatee Avenue W. and spent hours wandering through the discount store.

Employees said they didn’t mind the bargain-hunting hound looking around, but when it was time to lock up and the cute customer refused to leave, authorities were called in to take over.

READ Driver spots tiny kitten on side of the road, ends up rescuing 13

Body cam video shows an officer going into the Dollar General, locating the gentle giant in the stockroom. After coaxing the dog into the main store, he still wasn’t ready to head out.

The dog can be seen on video saying goodbye to an employee at the cash register and exploring some more before an officer puts a leash on him. 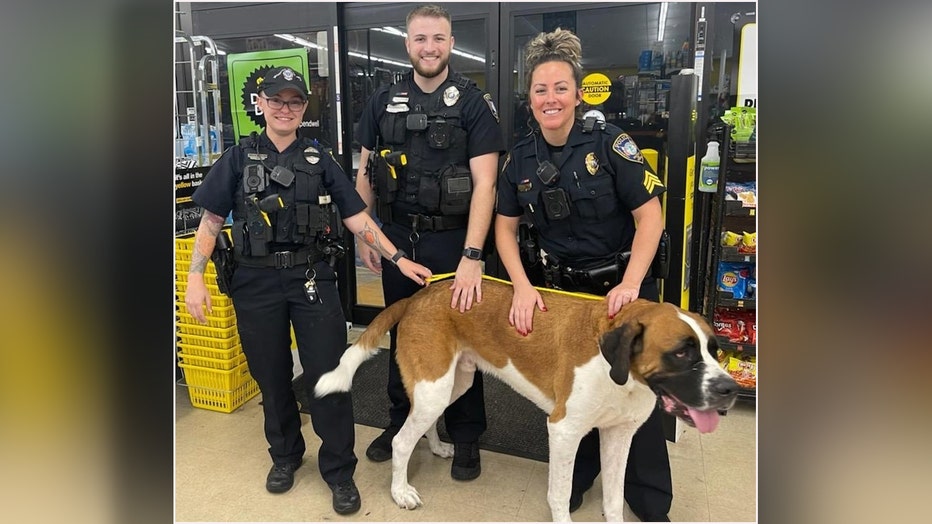 After posing for photos, Bentley was escorted out of the store as his owner pulled up. He had been searching for his beloved pooch and says he is grateful the officers took good care of him.

He said the colossal canine broke through a gate and walked a few blocks to the store.