Dismembered bodies of child, female, man found in burning dumpster in Fort Worth

Fort Worth police are investigating after finding three dismembered bodies following a dumpster fire outside a business Wednesday morning.

FORT WORTH, Texas - Fort Worth police are investigating after finding three dismembered bodies following a dumpster fire outside a business Wednesday morning.

The bodies were found just after 6:15 a.m. when police were called about a dumpster fire in the 3100 block of Bonnie Drive.

While putting out the flames, three bodies were found in the dumpster.

Police said the bodies appear to be a child and a young teenage or adult female.

The third body has been identified as 42-year-old David Lueras.

Police say the bodies were badly "burned and heavily dismembered and there are body parts unaccounted for," which is what’s causing problems with identification of the other two bodies.

Luergas is said to frequent the Dallas area and has ties to the Hurst, Euless and Bedford area, police said. According to records, Luergas has an extensive criminal history, including drug possession, theft and fraud.

It’s still unclear when or where the triple murder took place or how the victims are related.

The grass off Bonnie Drive is still charred from the fire where neighbors said the dumpster was located. It was hauled off by police after the scene was cleared. 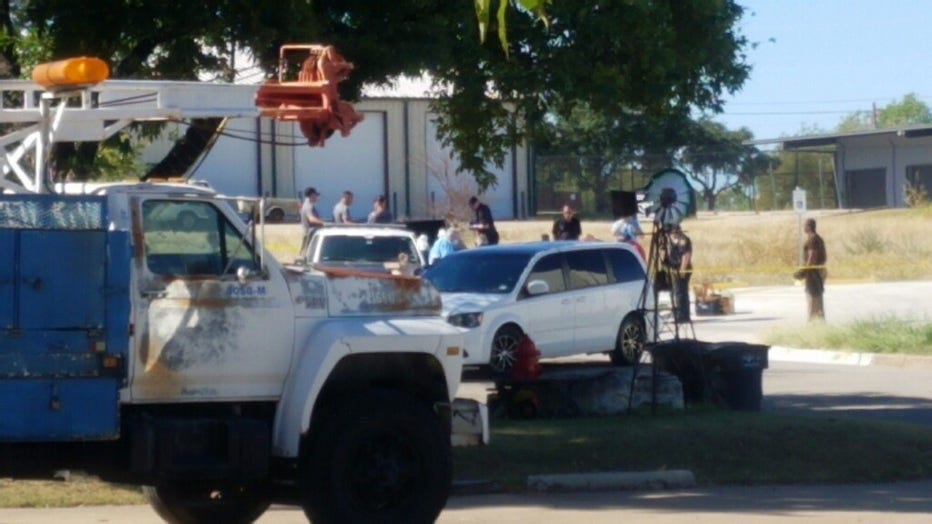 "There were two dozen people out here and cars all up and down the street, and people were in hazmat suits to climb into the dumpster and they borrowed a ladder to get in there and the firefighter helped to," recalled Andrew De Jong, who works nearby. "It is pretty tragic, but here is just hoping the detectives can get to the bottom of it."

In the middle of charred grass, Tammy Fahlgren placed flowers for the murder victims.

Fahlgren is a mother and a grandmother who lived on the same street 20 years ago.

"This is our neighborhood. How could anyone, anybody do something like this," she said. "How could they not care? It’s a child! I’m so mad, and I hope they catch that person because it’s a sorry low life person."

Police haven’t released any type of suspect description or how many people they believe are involved, but they are asking for help from the public to solve this triple murder.