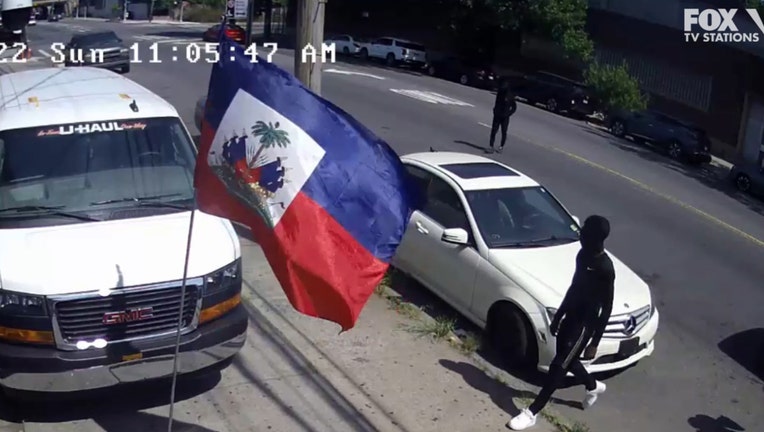 NEW YORK - The NYPD has released a video and images of three men wanted for the armed robbery of a bishop as he held a church service in Brooklyn.

The video shows the men, wearing black clothing, walking up to 922 Remsen Avenue in Canarsie on Sunday morning.

Bishop Lamor Whitehead, 44, was live-streaming his sermon when three masked gunmen entered the Leaders of Tomorrow International Ministry service. He got down on the floor on his hands and knees before the robbers went through and grabbed the jewelry.

"When I see them come into the sanctuary with their guns, I told everybody to get out, everybody just get out," Whitehead said.

He said he was glad no one was hurt but added that one gunman pointed a gun in his 8-month-old daughter's face.

The men got away with up to $1 million in jewelry from the pastor and his 38-year-old wife.

They then took off from the scene in a white Mercedes-Benz down Ave. D.

A Brooklyn bishop was robbed during his live-streamed service Sunday by robbers who reportedly got away with $400,000 in jewelry.