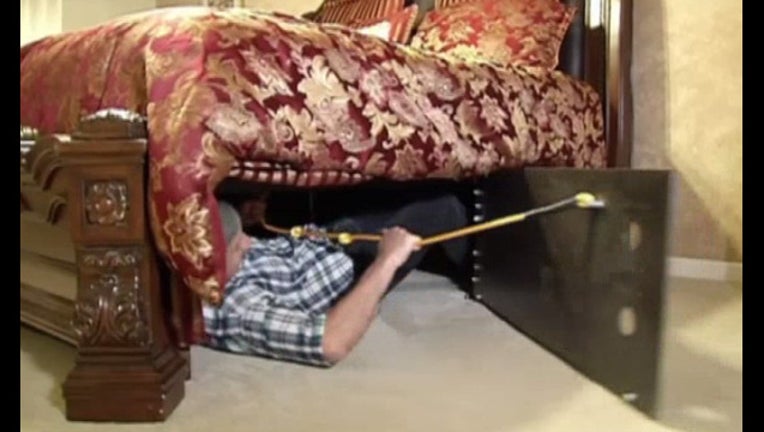 An Oklahoma man invented a storm shelter you can sleep on.  Russell Girod built a bed that has a built-in storm shelter below the mattress.

Girod says he started working on it after a tornado touched down a few miles from his house two years ago.  That when he looked into buying a shelter but didn't like the options.

He didn't want to spend $5,000 or more on a shelter and he didn't like the idea of crawling underground and possibly being trapped.

His homemade shelter is made from steel and has doors on both sides so if debris blocks one side, he is not trapped.

He says he can now sleep in bed during storms and it only takes about five or six seconds to get inside the shelter.

The shelter is made out of high-intensity, ten-gauge steel.  He is continuing to work on it so he can one day get it certified as a true safety shelter.  Girod hopes to be able to sell it to the general public by the end of the year.  A King-size bed would retail for about $1,700.