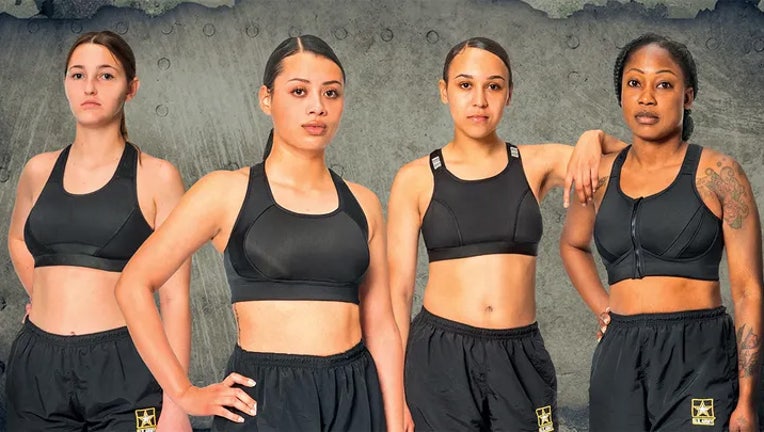 The U.S. Army recently announced prototypes designed to "support" America's female soldiers where they need it: their bust lines.

The design team came up with four different prototypes for the bra that it’s calling the "Army Tactical Brassiere," or ATB.

The garments include three pullover styles, and one zip-up style with adjustable Velcro straps and a zip front.

VETERANS ARE HEALED AND NOURISHED BY MEAT THERAPY, BOOT CAMPAIGN AND MORE

"Currently, there are no bras optimized for use by female soldiers in the field," according to the U.S. Army Combat Capabilities Development Command Soldier Center in a press release that was shared with Fox News Digital.

"Flame resistant (FR) bras are issued to aviator and combat vehicle crews, but sizes are limited and they are not suitable for high-impact dismounted activities," the DEVCOM Soldier Center also noted.

"Furthermore, commercial-off-the-shelf sports bras may not provide the durability, protection or support needed in combat operations."

This is why the DEVCOM Soldier Center is now developing "modernized prototype sports bras" — items that "are customized to the form, fit and function needed by female soldiers in field training and combat environments," the Soldier Center also noted in the press release.

ARMY SOLDIER AIMS TO RESCUE DESPERATE DOG THAT SNUCK ONTO OVERSEAS BASE: ‘HE DESERVES TO COME HOME’

Compression style sports bras work by compressing breasts to the chest, reducing bounce during movement. These are widely considered to be a supportive option for high-impact activities, provided they are fabricated with a high Lycra/Spandex content.

The Army said its apparel prototypes will be presented to the Army Uniform Board this fall — and that the bra may then become an "official program of record," assuming the approval. 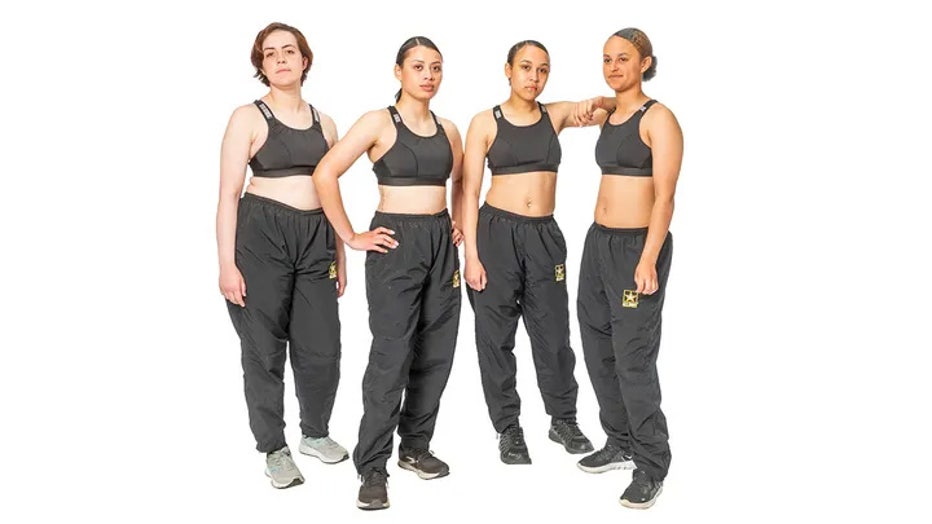 Another view of some of the U.S. Army prototype undergarments that are being evaluated for America's female soldiers. (US Army Photo by David Kamm)

These developments have been in the works for some time.

Early last year, this journalist and nationally known bra expert was approached to teach a bra-fitting class to the designers at the DEVCOM Soldier Center's uniform facility in Natick, Mass.

As the author of "The Bra Book," a national bestseller, I tackled the topic of intimate apparel from a journalistic standpoint. I wanted to get to the bottom of what really works for women, and what doesn’t, for the Army's new mission.

The Army surveyed female soldiers through its "touch point" program, I learned, and concluded they needed to address the lack of breast support from basic training and beyond — especially for those members who were larger busted.

"We make sure our soldiers get good socks and boots, but the bras are an issue," one of those involved told me at the time.

In its current "uniform bag," the Army provides a cotton sports bra that provides little to no compression and minimal support via an elastic band.

Soldiers are also given a monetary allowance to purchase name-brand sports bras offered at its base stores (which they can only wear after they complete basic training).

After complaints about the lack of provided options, it was decided that the Army would move forward with plans to either procure or produce a better bra.

One 24-year-old Army veteran from Mentor, Ohio, personally experienced the discomfort. She said boot camp was even harder with the current military-issued bra.

"You are given one type of bra and you’re only allowed to wear that one. It was very uncomfortable. A lot of times the area where the clips were at on my back were sore and irritated at the end of the day with continuous movement," she told Fox News Digital.

She said other fellow recruits shared the same sentiments.

In addition to being able to provide a garment that’s suitable for a wide range of shapes and sizes, the Army is tasked with some unique challenges with the new bra.

The challenges include ensuring that it’s flame-retardant, wicking enough for 10-grueling weeks of training (and will they need more than one to rotate for daily use?) and padding on shoulder straps for comfort under heavy gear, plus an inner pocket for a dog tag.

Other challenges include the possibility that, like millions of other women, soldiers enlist without actually knowing their bra size.

That means they could be unsure of what size to choose and possibly end up with one that’s ill-fitting anyway.

Regarding the new bra prototypes: Once a design is approved, it will then be tested in the field, to see if it requires any additional fine-tuning.

These apparently will be much like consumer cult-fave SHEFIT’s patented bras, which are sold in base stores.