Police are trying to piece together who placed a one-year-old infant who was abducted during a carjacking in DeKalb County on a front porch.

"Today is a good day, and as you can see I am smiling. And I'm smiling because Royalty has been found and believed to be in good health," said DeKalb Police Chief M. V. Ramos.

Ramos said her department received a call from a homeowner on Stoneleigh Hill Road who had been alerted by a passerby that there was a baby crying on her porch. When the homeowner came out to check and realized the baby fit the description of Royalty, authorities said she notified police.

"My initial reaction, I almost fainted. I could not believe it landed on my step," homeowner Anna Henderson exclaimed adding that she was flabbergasted to find the baby on her own front porch.

"The first thing that went through my mind was the baby is safe. When I opened the door and saw the little feet and I looked and saw its face, it did not look harmed to me," Henderson said.

A one-year-old baby taken during a carjacking was found safe after about a 14-hour search, police say, and the 14-year-old suspect has been taken into custody.

The reunion between mother and daughter was awesome to watch. Royalty was then reunited with her mother before being checked out at a local hospital, police said. They stated that the passerby saw the child being dropped off, but where the baby was prior to being left on the porch remains under investigation.

"It is a good day to know we have a baby back in the arms of its mother, and a subject in custody," Ramos added.

Authorities arrested the suspect, 14-year-old Malachi Richardson earlier in the day. Richardson was located in Atlanta off of Bolton Road Thursday afternoon and taken into custody, according to investigators.

Police issued an Amber Alert for the 1-year-old girl, who was taken during a carjacking early Thursday morning.

"I just came from the hospital. I opened up the door to Royalty’s room and she ran into my arms and it just made my day. She’s a happy cheerful baby," DeKalb Chief Ramos said.

Missing 1-year-old royalty Grisby, who was taken during a carjacking, has been found safe, police said. The suspect is in custody.

In a one-on-one interview, DeKalb Chief Ramos said they are still trying to figure out WHO dropped the baby off because the suspect was already in custody at the time.

Police made it clear this hard-working mother is not to be blamed but say they want everyone to be safe and aware of their surroundings.

"We don’t know who's coming to your house or house you’re going to. Use extreme caution and be aware of your surroundings. Lock your doors and take your keys with you," Ramos said.

Police are now searching for a suspect in the abduction of 1-year-old Royalty Grisby.

Officials say the carjacking happened around 2 a.m. as a woman was making a food delivery on the 1,200 block of Harvest Dale Court in Stone Mountain.

Police say the woman's daughter was asleep inside the running car at the time.

Royalty's mother Elizabeth Grisby heard the car door close and tried to run to stop the suspects, but they drove off before she could get to her vehicle. 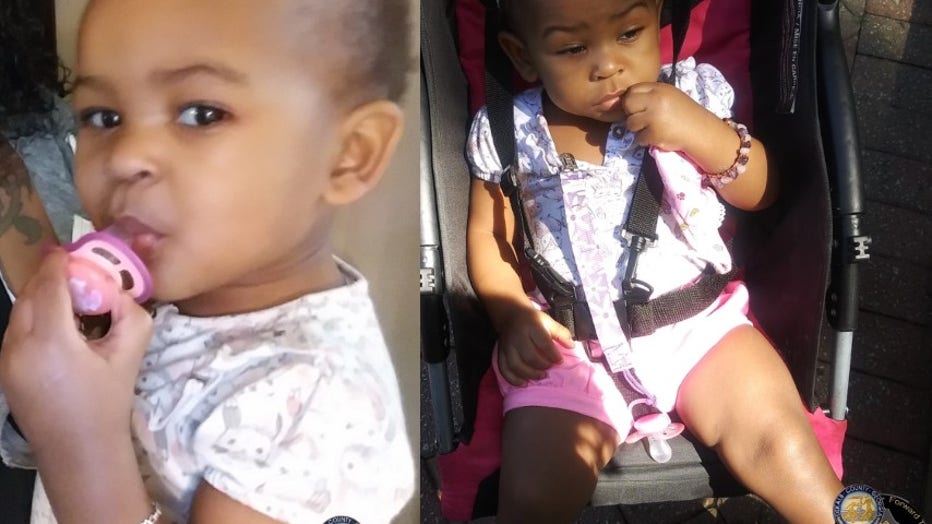 The vehicle, a maroon 2010 Nissan Armada with a Mississippi tag, was found abandoned shortly after 9 a.m. in a nearby neighborhood. Police say neither the suspects nor the young girl were found.

Investigators also said the thieves changed the license plate of the vehicle after they stole it.

"We have a 1-year-old child out there who's not with her mother. We fear for her well-being and her safety. Every second is critical," DeKalb County Police Department Capt. Brian DeLoach said in a press conference earlier in the day.

What we know about the suspect in kidnapping of Royalty Grisby, Malachi Richardson

Police identified the suspect as 14-year-old Malachi Richardson. According to investigators, they believe the order "appears to be fake" and that it was a set up. They said they determined Richardson was the person in that area when the crime happened and when the vehicle was abandoned. 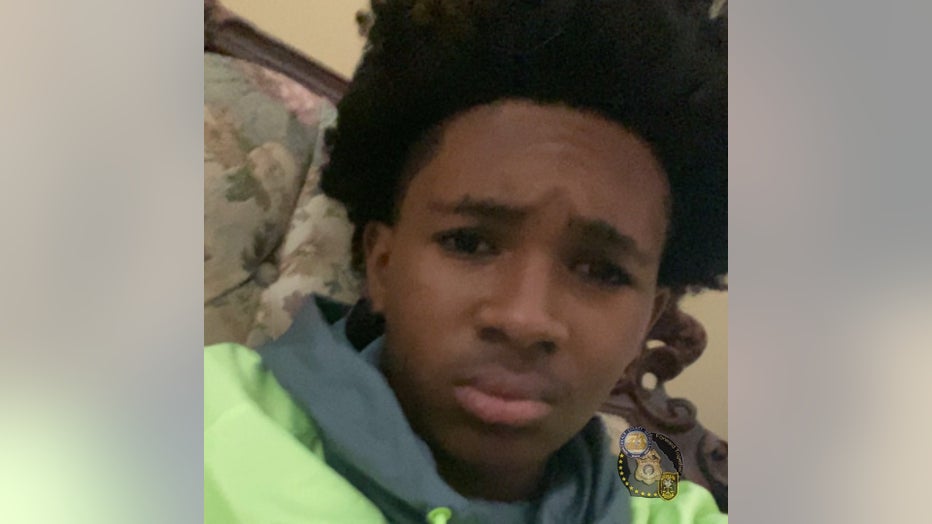 Royalty was last seen wearing a pink jacket, purple shirt, and white, purple, and pink socks. She also had a pink pacifier.

Police originally believed there may be two suspects involved, but have no other. They also believe they may be on foot.