Customers at the bar were stunned when an opossum walked in, and a customer calmly removed it. (Chris Egan via Storyful)

NEW YORK - It may sound like the start of a joke but an Alaskan woman did remove an opossum from a Brooklyn bar.

It happened last week at Temkin's Bar on Greenpoint Avenue in the Greenpoint section.

Sara Fulton, who is an Alaskan native, calmly grabbed the animal by the scruff of its neck and carried it outside after it had wandered in through an open door.

Chris Egan shot a video of the removal.

He said that the lost opossum was visibly distressed by the crowded bar.

"This poor thing, with its nocturnal eyesight, and [a] rambunctious crowd, ran confused looking for a way out. Unfortunately, it’s not too easy for these scary but docile marsupials to escape this environment, so it headed for a corner," Egan told Storyful.

An opossum walked into a bar

This isn't a joke. An opossum really did walk into a bar in Brooklyn last week. Sara Fulton, who is an Alaskan native, calmly grabbed the animal by the scruff of its neck and carried it outside Temkin's Bar on Greenpoint Avenue.

Egan said that was when the woman in the video stepped in "without flinching" and said, "Hold my phone, I’m from Alaska."

Other patrons screamed as Fulton walked through the bar with the opossum.

After putting the animal down outside she simply brushed her hands together and walked back to the bar.

The Brooklyn-based news outlet Greenpointers reported that Fulton shared the moment on her Instagram profile, adding the simple caption, "I did that."

"She did the right thing, and like an opossum whisperer, grabbed it from behind like a feline, and walked it outside, gently dropping it on the sidewalk and letting it head back home to whatever empty lot or backyard it called home," Egan said. 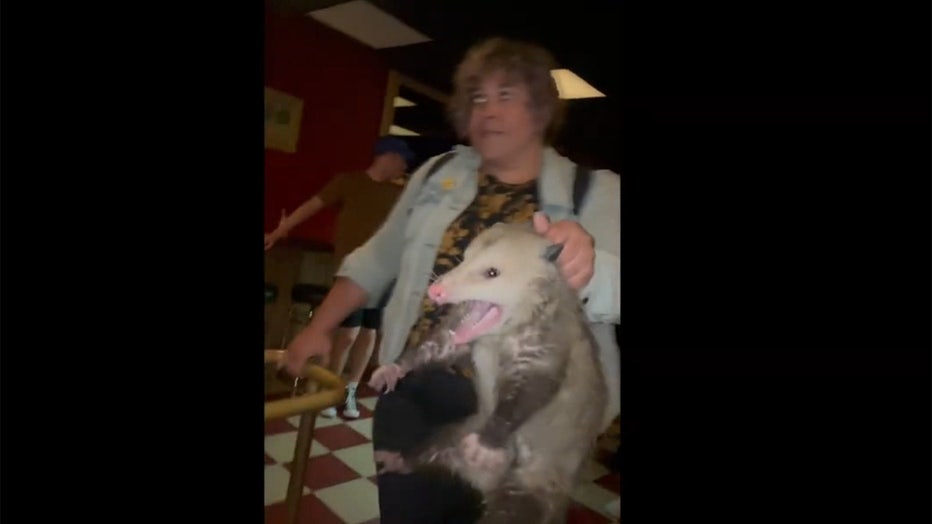 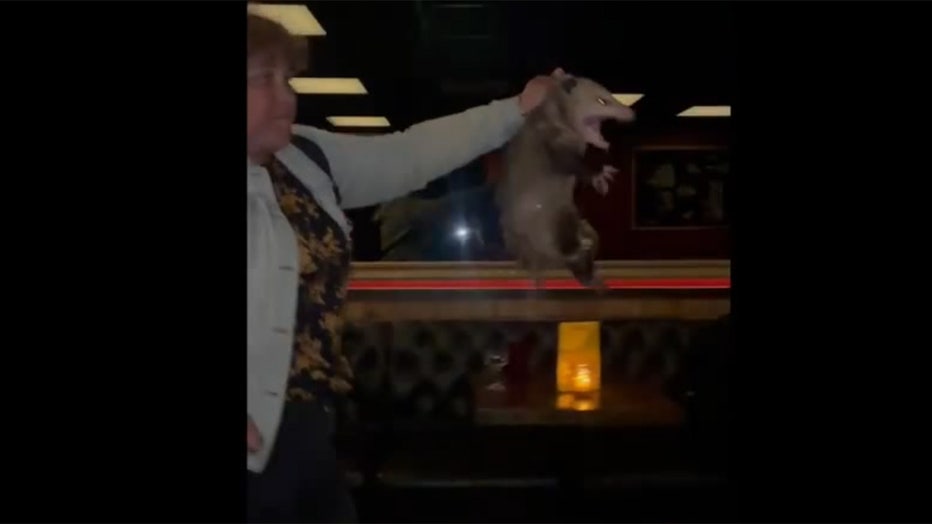