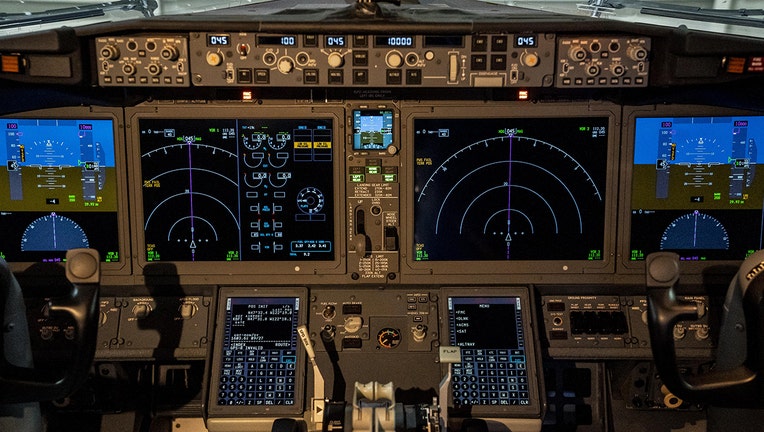 Touchscreen controls inside the cockpit of an Alaska Airlines Boeing 737-9 aircraft. (David Ryder/Bloomberg via Getty Images)

An Alaska Airlines flight was delayed after two pilots who were supposed to fly the aircraft had a "professional disagreement" in the cockpit before takeoff.

Alaska Airlines Flight 1080 from Washington Dulles to San Francisco had to return to the gate after Monday's incident.

Passengers said the flight had already been delayed more than two hours due to a storm.  They waited on the tarmac when the two pilots had their disagreement and turned the plane around to the gate.

In a statement to FOX5NY.com the airline said:  "While this situation was unfortunate, in the interest of safety, the pilots did the right thing."

The airline says it swapped crews after the plane returned to the gate and the plane eventually left for San Francisco.

"Both the captain and the first officer were evaluated by management and it was determined they remained fit to fly," the airline stated.

Alaska Airlines said:  "We apologized to our guests for the inconvenience this caused."