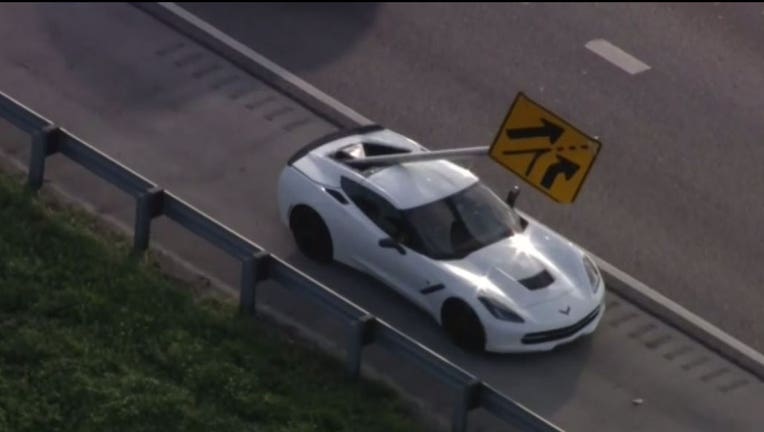 MIAMI - A flying highway sign gave a driver an unwelcome New Year's Eve gift when it impaled the rear window of his Corvette during a highway mishap that left multiple vehicles damaged in south Florida.

The large highway merge sign speared the rear window of the car Tuesday afternoon on the northbound lanes of I-95, about 20 miles from Miami.

A man named Malcolm, who owns the car, says it happened during his ride home from the gym.

Investigators think a car hit the sign and it flew into the air and was launched into the Corvette’s windshield.

"I didn't even see it.  It just happened really fast," Malcolm said.

The yellow sign was standing straight out from the shattered window.

Up to five vehicles were involved in crashes while apparently trying to avoid the sign before it crashed through the Corvette.