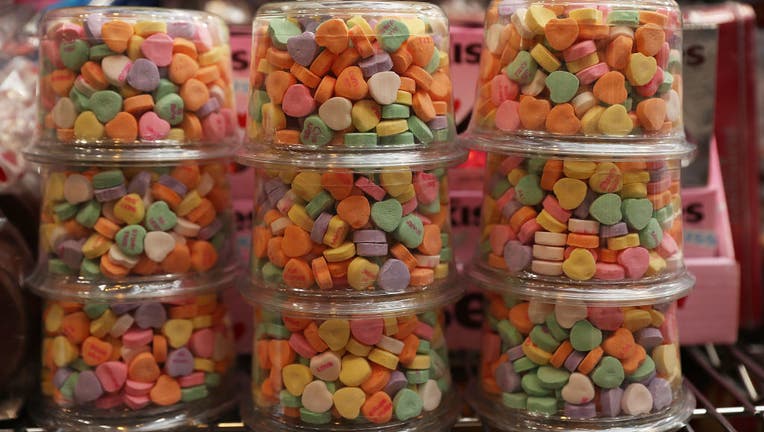 FILE - Sweetheart candy hearts are seen on the shelf at the To The Moon Marketplace on January 29, 2019 in Wilton Manors, Florida.(Photo by Joe Raedle/Getty Images)

NEW YORK - The manufacturers of the popular Sweethearts candy hearts announced that the Valentine's Day staple will be on store shelves in time for the 2020 holiday.

In 2019, the original candy hearts etched with messages like 'love you' and 'be my friend' were not available for the first time in a century.

Spangler Candy Co. which had acquried Sweethearts and Necco Wafers in September 2018 after Necco went out of business, said they didn't have time to produce the billions of candy hearts necessary to keep up with the demand.

But after a year spent moving sixty truckloads of equipment and, in some cases, lifting larger pieces of equipment through the roof of the Necco Factory in Massachusetts to another plant, Spangler said it was able to churn out enough of the sweet treats.

While the original candy hearts were on hiatus, Brach's and Sour Patch Kids rolled out their own versions. 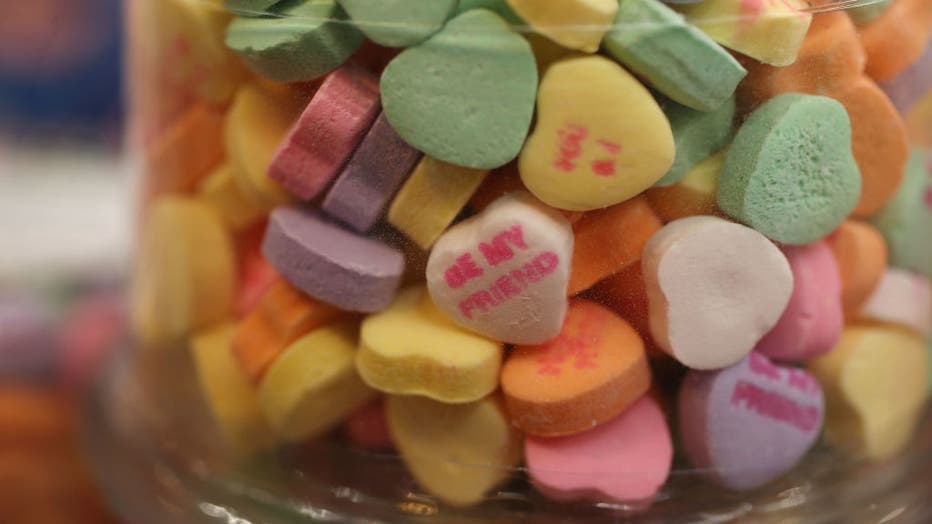 FILE : The Sweetheart candy was originally made by Necco starting in 1886. (Photo by Joe Raedle/Getty Images)