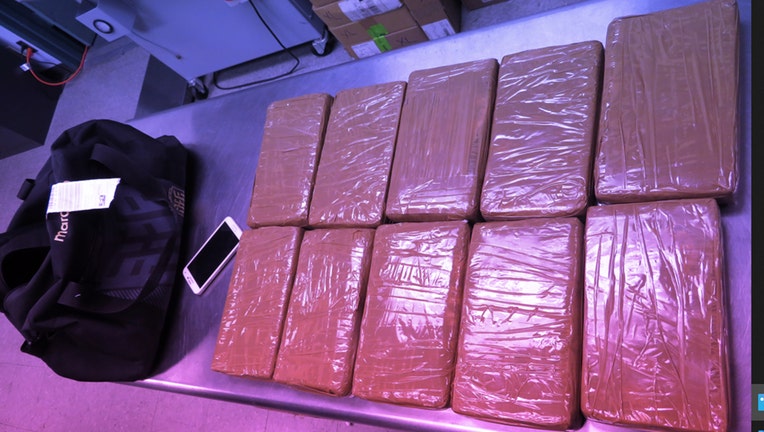 Cocaine that was seized at JFK airport is displayed. (CBP)

NEW YORK - A drug trafficker abandoned a duffel bag at John F. Kennedy International Airport that contained hundreds of thousands of dollars worth of cocaine.

The bag had arrived on a flight from Guayaquil, Ecuador.

U. S. Customs and Border Protection officers and a K-9 inspected all the checked-in luggage on the aircraft.  The dog alerted officers about the duffel bag.

CBP officers x-rayed it and noticed what they called an anomaly. 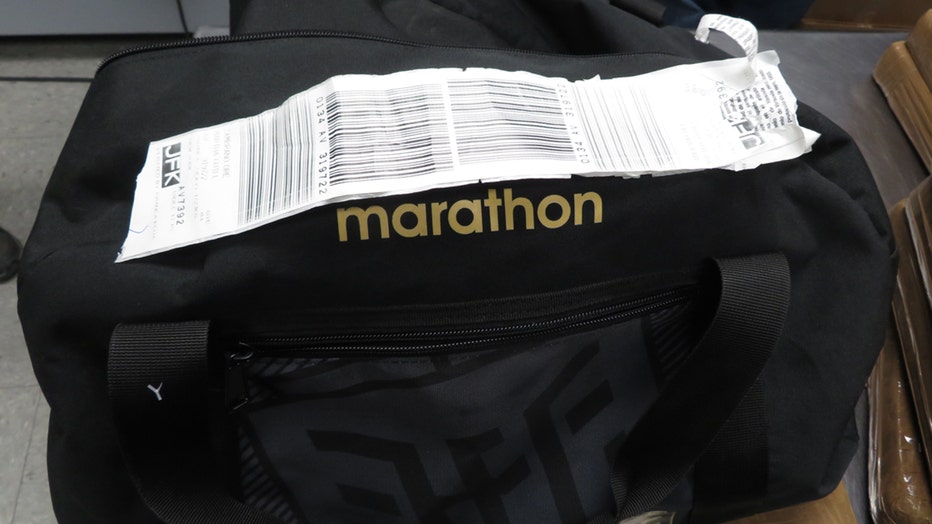 Cocaine was found in this abandoned bag at JFK airport is displayed. (CBP)

They opened the bag and found ten bricks that contained a white powder that tested positive for cocaine.

CBP turned the bag over to Homeland Security Investigations (HSI) for further investigation. The weight of the cocaine seized was approximately 24 lbs. with an estimated street value of $400,000.

This translates to approximately 70,000 doses (100-200 mg.), a lethal dose of cocaine is roughly one to three grams, so the amount seized by CBP would be roughly 5,500 lethal doses.

"CBP stands steadfast and determined in keeping these deadly drugs out of our neighborhoods and potentially killing our family, friends, and neighbors." said Francis J. Russo, Director of CBP’s New York Field Operations. "CBP is stationed at the borders and ports of entry 24/7, 365 days a year with the mission of keeping the dangerous drugs out of the United States."